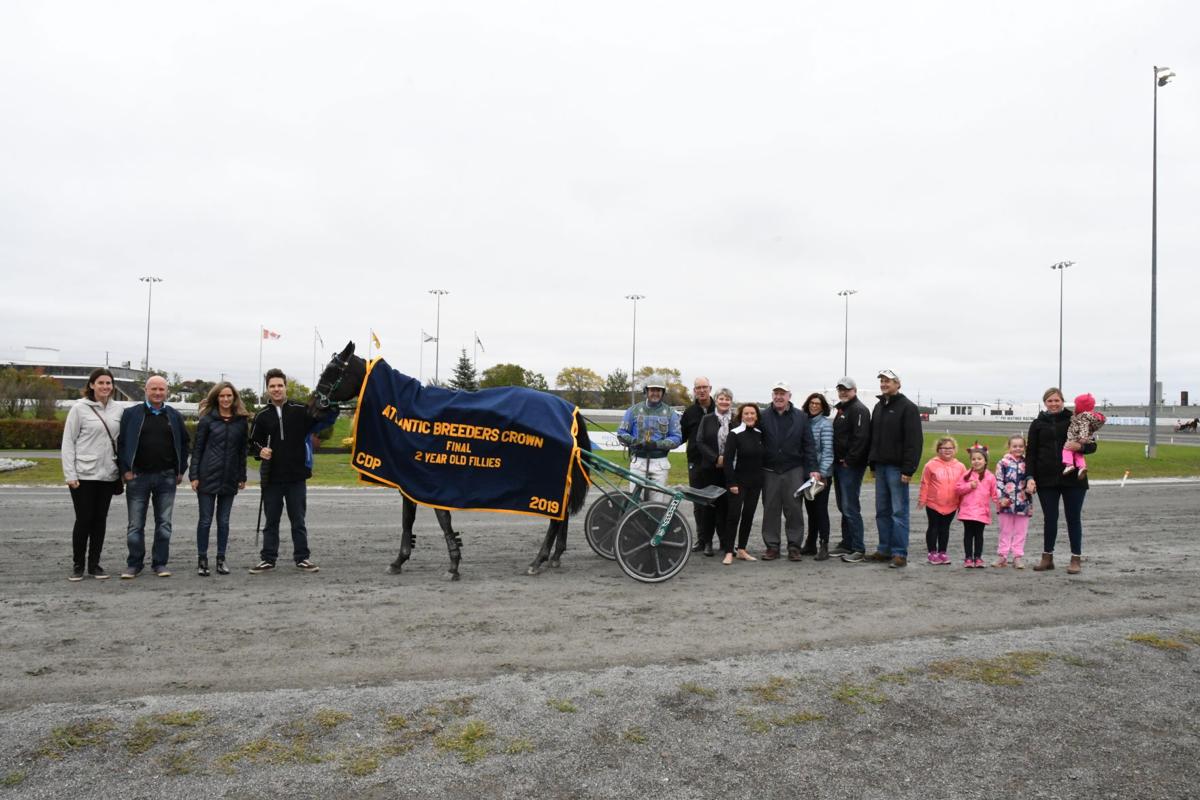 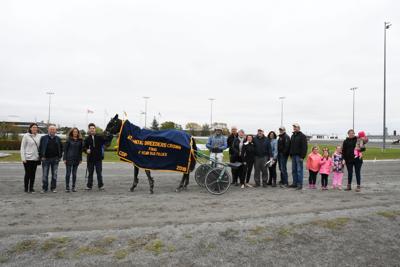 The Matinee tracks on Prince Edward Island have been ‘catch driver’ factories over the years. Guys like Mark and Anthony MacDonald, Marc Campbell and many others have learned their early driving lessons at tracks like Pinette Raceway and long gone St Peters. Corey MacPherson is another talented guy that began his driving career at Pinette Raceway and is now on the cusp of a major personal milestone as he is just 12 wins away from 1000 as a driver.

MacPherson’s love of harness racing began at an early age while spending time with his late grandfather Glen Taylor. “If I was at his house, I would want to be in the barn.” MacPherson said. “The first time I sat on a jog cart with my grandfather, I knew I wanted to go faster, and the faster I went the more I wanted to race. I’ve always felt comfortable behind a horse.” MacPherson continued.

Taylor raced many horses throughout his years as a trainer, horses that carried the Rosetown name with Rosetown Eagle being his stable star. “The horses that I loved to watch early on were obviously my grandfather Glen Taylor’s Rosetown named horses, especially Rosetown Eagle. I love a classy campaigner.” MacPherson said.

I asked the 30-year-old reinsman about drivers that he looked up to growing up and he was quick with a response, ‘’My favourite drivers growing up were the Charlottetown regulars, Kenny [Arsenault], Walter [Cheverie], Gary [Chappell], Barney [McGuigan] and Brian MacPhee.’’ MacPherson continued. “And being from the same area and somewhat close in age, I have always looked up to Marc Campbell and admired how he can make a horse do things that others can’t, he is super competitive and [you] rarely notice him in a race.’’

When I watch Corey drive, I see a super competitive guy with a great set of hands. You can’t teach those characteristics. I asked Corey about his expectations when he began his career as a catch driver. ‘’When I started driving, all I wanted to do was drive as many as I could and win as many as I could. I never really had goals because I had no idea then how many people would list me and how quickly my name would become pretty regular.’’ MacPherson said. ‘’I still now want to drive as many as I can and win but I now like to set a goal of 100 wins each year, which I have surpassed or came very close the last few years.’’ MacPherson continued. “To get the 1000 plateau is huge but I am using it as a stepping stone to reach 2000, that’s the one I want. In the Maritimes, 2000 seems hard to reach so [I’m] aiming for that and hope for the best.’’

MacPherson received some devastating news during the early ascent of his career when he was diagnosed with testicular cancer. “I had been noticing some difference in size down there, one [was] much larger than the other and [I] kind of just kept an eye on it myself. I had gone to Inverness with Gilles Barrieau to drive in the Invitational one day, and in the big race a clump of dirt caught me the wrong way and it really made me sore almost to the point where that night I could have passed out. I then went to the emergency room, had ultrasounds and tests and the Doctor in emerge confirmed what I was scared of - a tumor.’’ Corey was 25 at the time of his cancer diagnosis, “Time went on and I had surgery to remove it and tests to keep ahead of a reoccurrence of which I recently had a scare but it turned out to be just a scare, thank God. But everything has come back good and I’m on the right track again.’’ MacPherson said.

I also asked Corey about his career highlights and future goals. “My first win with Hugh Too for Leith and Leslie Waite was awesome because you can’t get [to] 1000 [wins] without that ice breaker. I have driven 3 breeders crown winners - Waiting On A Woman, Tobinator and Woodmere Skyroller. [I’ve] driven once in the Gold Cup and Saucer which I’d like a redo and a few Governor’s Plates. I also won the Atlantic Aged Mares Final with a mare of my own [named] Brodys Leona, going in as a long shot and winning was huge.’’ MacPherson continued. ‘’My future goals are to try and win the Governor's Plate and the Gold Cup and Saucer. I hope to pick up or develop some nice stakes horses and be a competitive catch driver.’’

Corey has a ton of respect for his competition and I agree with his view of his fellow drivers. “For the money we race for, it’s hard to believe but it’s a tough group to try and get ahead of, we have a great driving colony in PEI.’’ MacPherson said. “I hope for me and my family and everyone around me to stay healthy and be able to do what they love and for me that is harness racing.”

Corey’s been through a lot for a young guy and I really admire the way he has handled everything that was thrown his way. He’s another extremely talented catch driver that has come from the grassroots of harness racing to excel at a high level. I think he’ll reach his goals in the very near future.