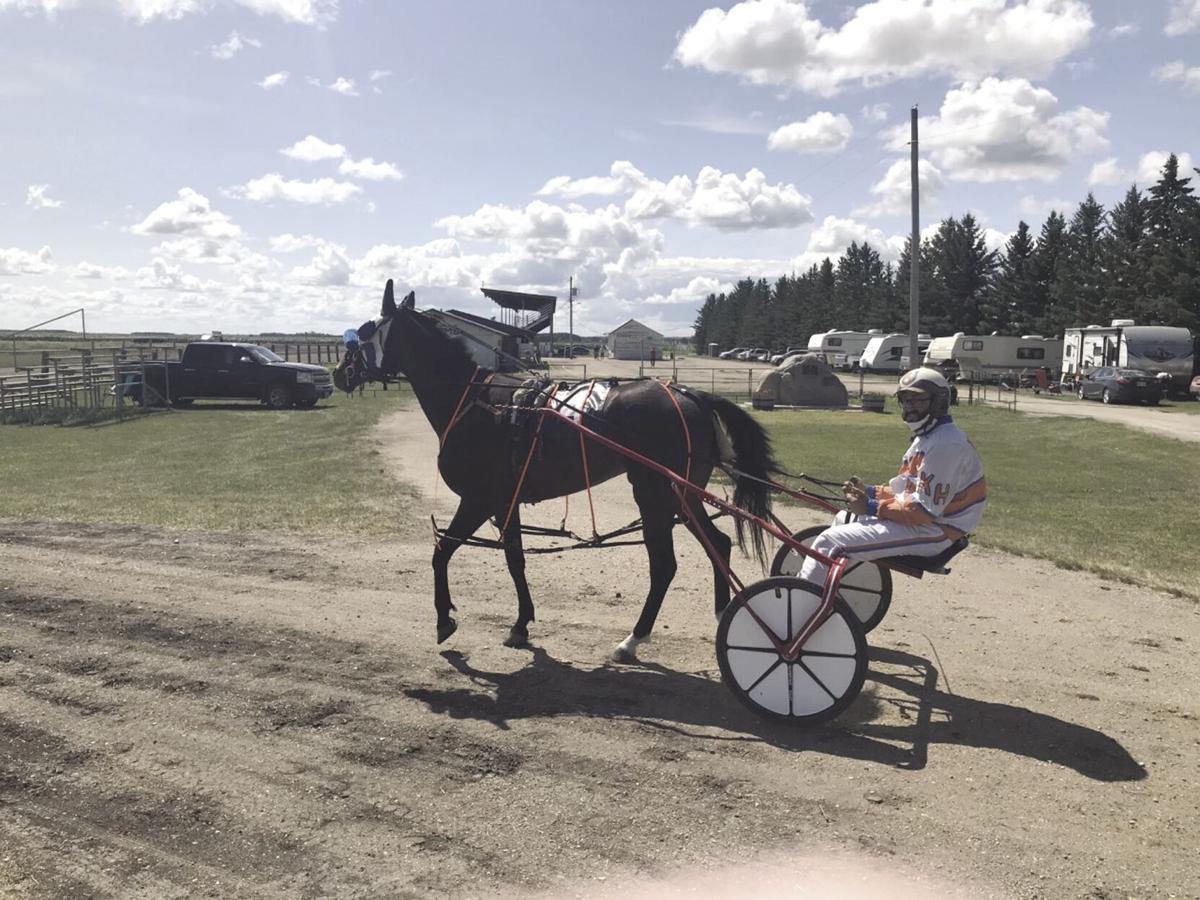 Getting ready to race at Miami 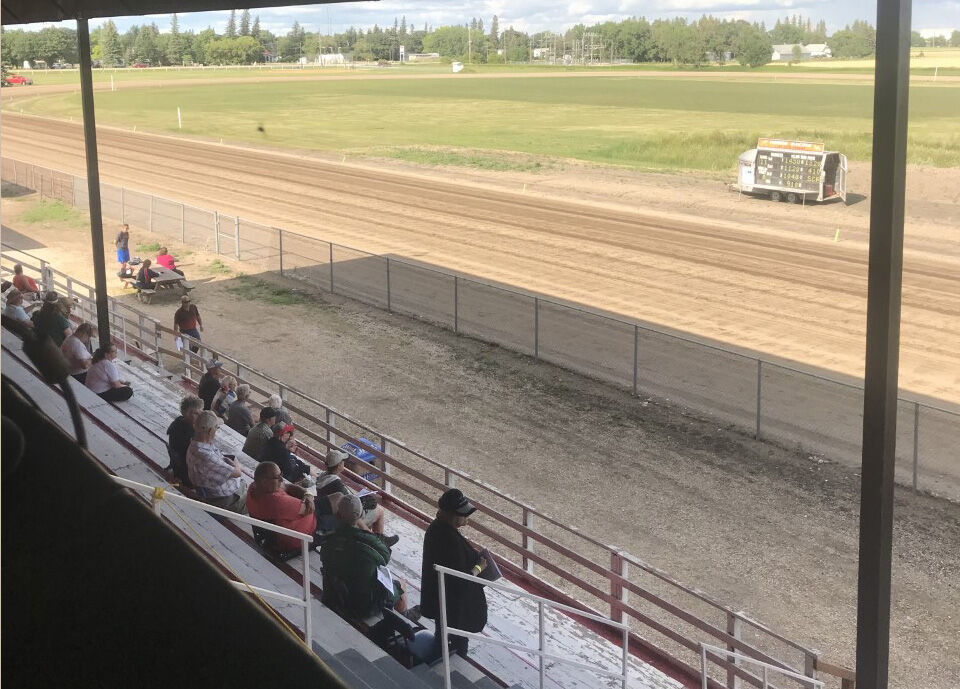 Getting ready to race at Miami

When racing industry politics bring you down, the remedy is often found in places where the grassroots sport still thrives. Like Miami Fair, where the sunny vibe lives up to its Floridian-sounding name, only with added tractors and cornfields.

Trey Colbeck is enjoying his first season working at the track, which is run by Manitoba Standardbred Racing Industry Inc. “I was just supposed to be announcing, and then the president of [the organization], Trevor Williams, talked about marketing,” he tells Atlantic Post Calls. Twenty-four-year-old Colbeck now manages social media for Manitoba harness racing as well, “to try to get into more markets through those platforms.” (Check him out on Twitter: @TreyMBHarness and @MBharnessracing.)

How did the racecaller and promoter get into the game? “My great uncle, Doug Sexsmith, had lots of horses, primarily in Manitoba, and maybe Alberta,” says Colbeck. “One of his most well-known was Oakridge Rambler, who might still be the fastest in Manitoba.” Oakridge Rambler (p, 6, 1:54.2f; $66,152 US) and catch driver Phil Giesbrecht rewrote the Wawanesa Fair track record August 18, 2008, pacing to the historic 1:56.4h victory. Jodie Cullen trained the 2008 Manitoba-Sired Aged Horse of the Year for owner Sexsmith. The gelded son of Firm Friend, out of the Walton Hanover mare Pamojen, started his record-setting year on the Manitoba Great Western Harness Racing Circuit, recording 4 wins, 2 at the Preferred level, before springboarding on that success and competing at the Marquis Downs Open classification through September 2008 and then moving on to Edmonton’s Northlands Park.

Marquis Downs no longer offers live harness racing, which officially ceased in 2010. This year, the Saskatoon, Saskatchewan Thoroughbred venue offers no racing at all, after deciding to cancel its entire 2020 season due to COVID-19. But where one door closes, another often opens, and that is how Trey Colbeck is approaching his flagship summer with Manitoba’s Miami Fair track.

“I was mostly just a fan. My grandparents are pretty big fans. They always took me to the fairs as a kid. Then as a teenager, I started working at the different fairs,” explains the enthusiastic University of Winnipeg student, who will be working on his Bachelor of Arts degree remotely next month. “Just this past fall, I went back to university because I wanted to be a sports journalist. That’s most guys’ dream.” Colbeck auditioned for the fair announcing gig and was hired to handle duties at Miami, the one site which is hosting all the Manitoba Great Western Harness Racing Circuit dates this year. “The [track] equipment goes from place to place normally,” he says, but Holland, Killarney, Morris, and Glenboro dates have been proactively moved to Miami for the unusual 2020 season.

Manitoba tracks are all half-mile ovals, and the entertainment value comes from the grassroots spirit and rural character on display. “When you see these little tracks, any horse could win. It’s not huge betting pools, but there’s a lot of potential,” says a proud Colbeck. “It’s not the fastest, but it’s pretty competitive. You don’t notice the 10 second difference [from bigger tracks] when they’re racing.” Being located 100 kilometres southwest of Winnipeg actually plays in Miami Fair’s favour, making it a scenic, friendly destination where up to 50 fans have been permitted to attend race days during countrywide COVID-19 restrictions. “Up to a point, we weren’t allowed to have any fans,” he notes. “The week before we started [July 11], we got word that you can have people there.” The $5 admission fee (free admission for kids) allows the curious and the devoted alike to access on-site wagering and take-out food from the historic grandstand.

Then there’s the racing itself. Camera operators borrowed from Winnipeg’s Assiniboia Downs help make the livestream watchable, and field size is respectable for a rural location where cornfields are the backdrop to the all-pacing competition. “Six is good, we have some fives, but mostly [fields of] six or seven horses, with some scratched due to the heat,” says Colbeck, describing a recent card. “It felt like 40 [Celsius] with Humidex—prime-time heat of the day on the prairies!” The stakes season also heated up there August 1, when the same-day eliminations and final of the Manitoba Great Western Stake #73 went behind the gate, led by a star filly who arrived from Dover Downs earlier this year. Follow Your Nose (p, 3, 1:57.2f;  $23,337 US) and top driver Don Howlett captured their $3110 elim by four open lengths in 2:02.1, qualifying for the $3980 final, slated for race 9 that same afternoon.

The top four finishers in the race 4 and 5 elimination races would all advance.

Another Toucan Sam offspring won the second elim, as the colt Munchie Chris won by a three-length margin, timed in 2:06.1, for owner/trainer/driver Kevin Hildebrandt of St. Malo, Manitoba. In race 9, it was the filly who would take the title for owners Trevor and Michael Williams of Winnipeg, romping by 13 open lengths over runner-up Da Little Beast in her fifth consecutive win at Miami. The dominating 2:00.3 performance was also the third 2020 stake victory for the reigning Lady Crocus and Silk Lace Manitoba-bred filly stakes champion, and she even beat the winner of the Golden Boy Stake (for 3-year-old Manitoba-bred male pacers) in getting the 13-open-length victory in the Manitoba Great Western Stake final.

Miami’s presence on Horseplayer Interactive is growing, as Colbeck reaches out to an audience which may have equated the track’s name with Florida’s Hialeah Park or even Flagler greyhounds.“I’m from Winnipeg. I say where the track is and people have no idea what I’m talking about,” he says with a laugh. “People seem to prefer the Thoroughbreds, but not many things can keep going through tough times like this track.”

The Manitoba harness racing season runs Saturday afternoons through September 12, with September 19 allocated for making up any cancelled dates. Their 1:30 pm race 1 post time translates into a 3:30 pm start for Maritime-based viewers/bettors.