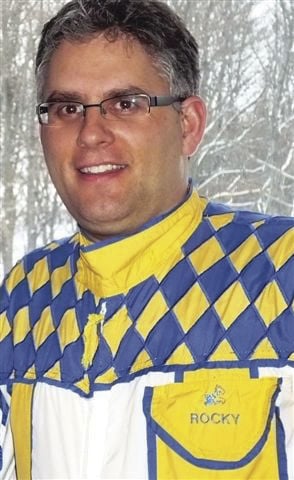 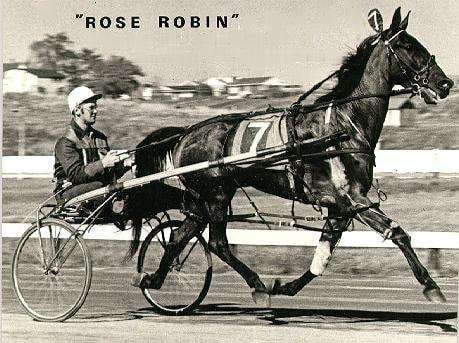 Clarkie Smith, shown above with Rose Robin, had many big nights at all Maritime race tracks.

Clarkie Smith, shown above with Rose Robin, had many big nights at all Maritime race tracks.

Where did the summer go!?

It seems like it was literally yesterday that I was writing about gearing up for Governor's Plate Week and then the Governor's Plate trial winners and then the final, and it amazes me how fast the time flies as we get a little older. This week I will take you back to our Labour Day program and highlight the winners from that program. This weeks flashback will take you all the way back to September 14, 1966 at the Summerside Raceway, where it ended up being Clarkie Smith night, as he had a great night on the track.

Our annual Labour Day card of harness racing at the Summerside Raceway was held and Mini Snort got the day underway for Dale "Spinner" Spence winning for owners Jennifer and Robert Parsons in 2:01.4 over Runnindownadream (Corey MacPherson) and Melray Moe (Walter Cheverie) was third. Race 2 went to Souverain for driver Adam Merner and owner-trainer Phil Sizer going wire to wire in 1:58 over Quick Mad (Kenny Murphy) and Positive Art (Walter Cheverie) was third. Rymar Champ took the third race for Kenny Murphy and owner-trainer Eric Doucette in 2:00.2 over Bigmachwithcheese (Dale Spence) and Rich By State (Jason Hughes) was third. Race 4 went to Face The Challenge for Norris Rogers going right down the road in a new record of 1:58.1 for owner-trainer Ed Harvey over Kimball B (Mike McGuigan) and Southfield Sandy (Adam Merner) was third. JK Cowboy took advantage of rail control to win the fifth race for Dale Spence' second win on the day for owner-trainer Greg MacInnis of Tyne Valley in a time of 2:01.1 over Mirimachi Gouch (Darren Crowe) and Southfield Sue (Kenny Murphy). Race 6 went to Shiftyn Georgie for Jason Hughes winning in 1:59.4 for owner Jansen Sweet and trainer Jaycob Sweet over Prom King (Dale Spence) and Windemere Johny (Mike McGuigan) was third. Race 7 went to the mainland invader Nomatterwhen for Darren Crowe in 1:59.4 for owner Dawn Ellis Abbott over Mach An Angel (Jason Hughes) and Bugtown Superstar (Walter Cheverie) was third. Race 8 saw Twice As Bright get back to the winner's circle for Mike McGuigan, owners Kyle Williams and Catlin and Kilby Blaisdell and trainer Elton Millar. They stopped the clock in 1:57.3 over Whim Roader (Corey MacPherson) and Melanies Magic (Dale Spence) was third. Always Reece took the ninth race for Adam Merner in 1:59.1 for owners Kent Livingston and Wade MacDonald and trainer Melissa Rennie over Goodmorning Ky (Norris Rogers) and Shouldabeenaclown (Jason Hughes) was third. Race 10 went to George Riley's Heart And Soul for trainer/driver Walter Cheverie winning in 1:59/2 over Legendary Ron (Adam Merner) and Dividend Day (Kenny Murphy) was third. The Race 11 Labour Day pace went to Bugsy Maguire for catch driver Jason Hughes, trainer Wade Sorrie and owner Walter Simmons in 1:55.3, turning back Nogreatmischief (Walter Cheverie) and Heartland Eclipse (Darren Crowe) was third. The final race of the day went to Doctor Royal for Darren Crowe and owner-trainer Dawn Ellis Abbott in 1:57.4 over Adventure Luck (Corey MacPherson) and Phil Dorleans (Jason Hughes) got the show money!

Two horses that have relocated to the Ontario circuit have been racing very well. Easy Flyer won his 7 race of the season, this time at Flamboro Downs on September 7 in a new record time of 1:54.2 for driver Colin Kelly and trainer Kyle Fellows. Susanne Mac Keigan and Jamie Whalen Jr. share the ownership. Hunger Pangs made his third or fourth start since going to Ontario and on September 12 and Travis Henry guided the 4 year old Pang Shui gelding to victory in a new record of 1:56.2 at Flamboro for owner Susanne Mac Keigan and trainer Kyle Fellows. Keep an eye out for these two! Congratulations to the connections.

The rumour mill has been heating up all summer and the word is that there has been talk that the powers to be at the PCHC want to give up our prime racing season and just race Plate week and certain other dates in favour of racing in the winter here at Summerside. Well I may not be a rocket scientist, but it doesn't take one to figure out that we cannot sustain winter racing here in Summerside. Just the snow removal alone would put us in the poor house. We also do not have the horse population here anymore to race in the winter. Maybe it's time for someone to take over the reins of the PCHC that has a vested interest in racing at Summerside and has some horses that actually race here or are stabled here. Just a thought...

I want to give a big shout out and a thank you to our two track conditioners who do a tremendous amount of work and keep our track in top shape. Donald Adams and Art Rogers. Donald and Art do a lot of work during the day time to keep the track in top shape, but Art Rogers also works on it in the evenings and the weekends as well. Just before last weekends big storm I was watching Art working tirelessly on the track and I mentioned to a couple of people at my barn that if we got to race on that Sunday evening at 4:00 we could thank Art because he is so dedicated to keeping it good for us. I also want to mention that Art isn't on the payroll, but does this out of the goodness of his heart and with a lot of pride . From this writer thank you!

Today’s flashback is from Wednesday, September 14, 1966 and the headline in the Journal Pioneer over the article says "Smith has Christmas early at Summerside Raceway last night". Well, that headline was bang on, as Clarkie won five races, had two second place finishes and a third during the nine dash program. The only race that Clarkie didn't place in was race 1 and that's because he didn't have a horse in it! Race 1 was won by Miss Lane for Jack Harkness in 2:19 over Future Chief (Elmer Clow) and Jolly Don (Lem Neill). Race 2 was won by Miss Tom Scott for Donnie Rector in 2:13.2 over Josedale Copilot (Clarkie Smith) and Silver Glengyle (Lem Neill). Race 3 went to Ohios Orphan for Clarkie Smith's first win of the night, stopping the clock in 2:13 over Adioway Logan (Joe Hennessey) and Doc Price (George Sobey). Race 4 went to Wick's Ace for Clarkie Smith winning in 2:15.1 over Calamity's Boy (Junior Chappell) and Evelyn's Ardent (Elmer Clow). Race 5 saw Clarkie Smith get his third win of the night, this time with George Callbeck's Adiscot's Dream in 2:13/2 over Ripover (Ronnie Gass) and Meadow Day (Junior Chappell). Race 6 was won by Josedale Copilot for Clarkie's fourth win in a row, stopping the timer in 2:14.1 over Miss Tom Scott (Donnie Rector)she took the first heat, and Silver Glengyle (Lem Neill) was third. Race 7 went to local favorite Doc Price for George Sobey winning in 2:13.2 over Ohio's Orphan (Clarkie Smith) and Adios Forever (Junior Chappell). Race 8 was won by Highland Spirit for Ralph Barnett stopping the clock in 2:14 over Echo Ridge Eddy (George Callbeck) and Adiscot's Dream (Clarkie Smith). The final race of the night went to Bay Pilot for Clarkie Smith's fifth win of the night winning in 2:17, over Misty Paul (Ronnie Gass) and Grattan Abe (Gordon "Cruise" Robinson). That's how it happened on September 14, 1966 at Summerside Raceway. I hope you enjoyed this trip down memory lane!

Until next time, I hope you're all in good health and I'll see you at the track!