You are the owner of this business.
Edit Business

Our History
Since 1955, we've proudly served the world some of its favourite food. It's been an exciting journey, and we're just getting started.

The Ray Kroc Story
In 1954, at the age of 52, Ray Kroc invested his life savings to become the exclusive distributor of a milk shake maker called the Multimixer. He discovered the McDonald's® hamburger stand in California, owned by Dick & Mac McDonald, was running eight Multimixers at a time, so he packed up and headed west to investigate.

Ray Kroc had never seen so many people served so quickly, and was impressed with the way the limited menu allowed a focus on quality at every step. Inspired, he pitched the idea of opening several restaurants to the McDonald brothers, convinced he could sell eight of his Multimixers to each and every one. When they asked who would open them, Kroc said, "What about me?"

Consistency, Quality and Success
Ray Kroc opened the Des Plaines, Illinois restaurant in 1955, and with the first Golden Arches, launched a legendary brand. He saw the value of a restaurant system that could be famous for offering consistently prepared, quality food that tasted the same in every location, every time. In 1958, McDonald’s sold its 100 millionth burger.

By 1965, with 700 restaurants, McDonald’s went public with the company’s first offering on the stock exchange. Ray Kroc didn’t do it alone. He believed, “In business for yourself, but not by yourself.” To achieve his vision, he chose a unique path – to persuade franchisees and suppliers to join him in working for themselves, together with McDonald's. As a result, in 1967, the first McDonald’s restaurant outside the U.S. opened its doors in Richmond, British Columbia.

McDonald’s Canada
Today, 2.5 million guests visit our restaurants across Canada every day. With its Canadian franchisees, McDonald’s Restaurants of Canada Limited owns and operates more than 1,400 restaurants and employs more than 90,000 Canadians coast-to-coast.

Approximately 85% of McDonald’s Canadian restaurants are locally owned and operated by independent entrepreneurs in communities from coast to coast.

The Canadian Numbers
McDonald’s Canada is lucky to be part of the lives of millions of Canadians in communities across the country, helping to build a strong workforce, business partnerships and local economies.

• Overall, McDonald’s Canada creates more than $610 million annually in taxes through the generation of new jobs and additional purchases of goods and services from other Canadian businesses

McDonald’s milestones are many – from the 1968 debut of the Big Mac® sandwich to the Egg McMuffin® sandwich in 1976 – and achievements continue to this day. Here are the Canadian milestones:

• 1967 – The first McDonald’s restaurant outside the United States opens in Richmond, British Columbia

• 1995 – The McFlurry® is first served in the town of Bathurst, New Brunswick

• 2003 – The McGriddles® breakfast sandwich is introduced 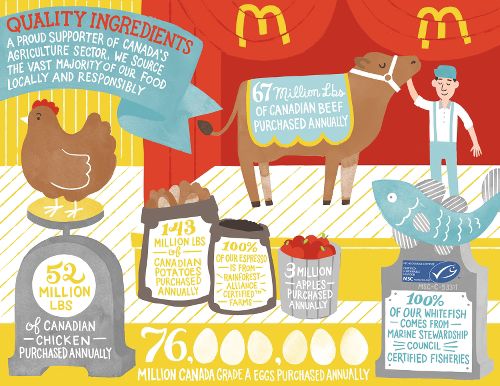 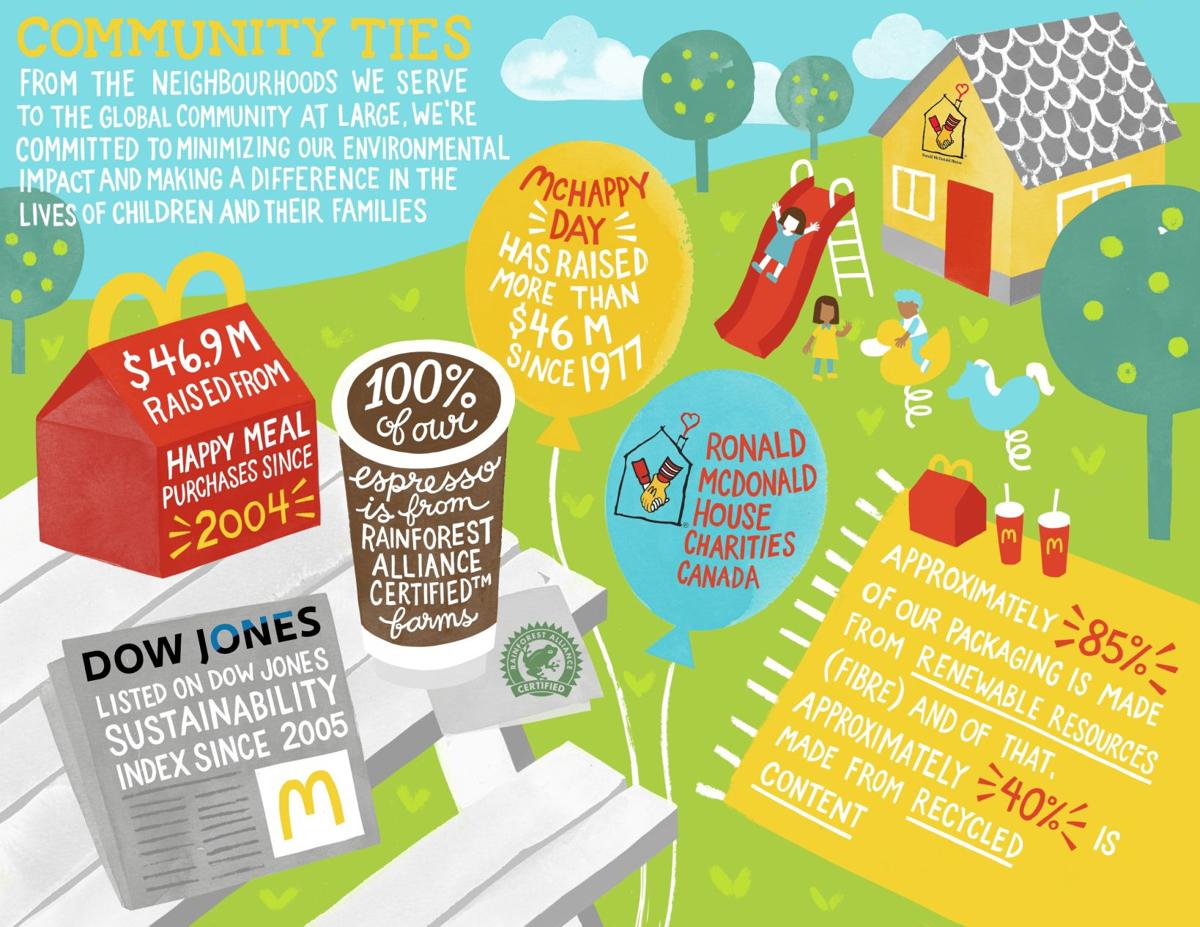 Every day for the past 10 years, Canadians have supported Ronald McDonald Houses across the country through the McDonald’s® Happy Meal® donati…

Every Day is Family Day at RMHC Canada - The Kaid Family

Watch how RMHC helps keep 505 families – like the Kaid family – close this Family Day, and every other day.