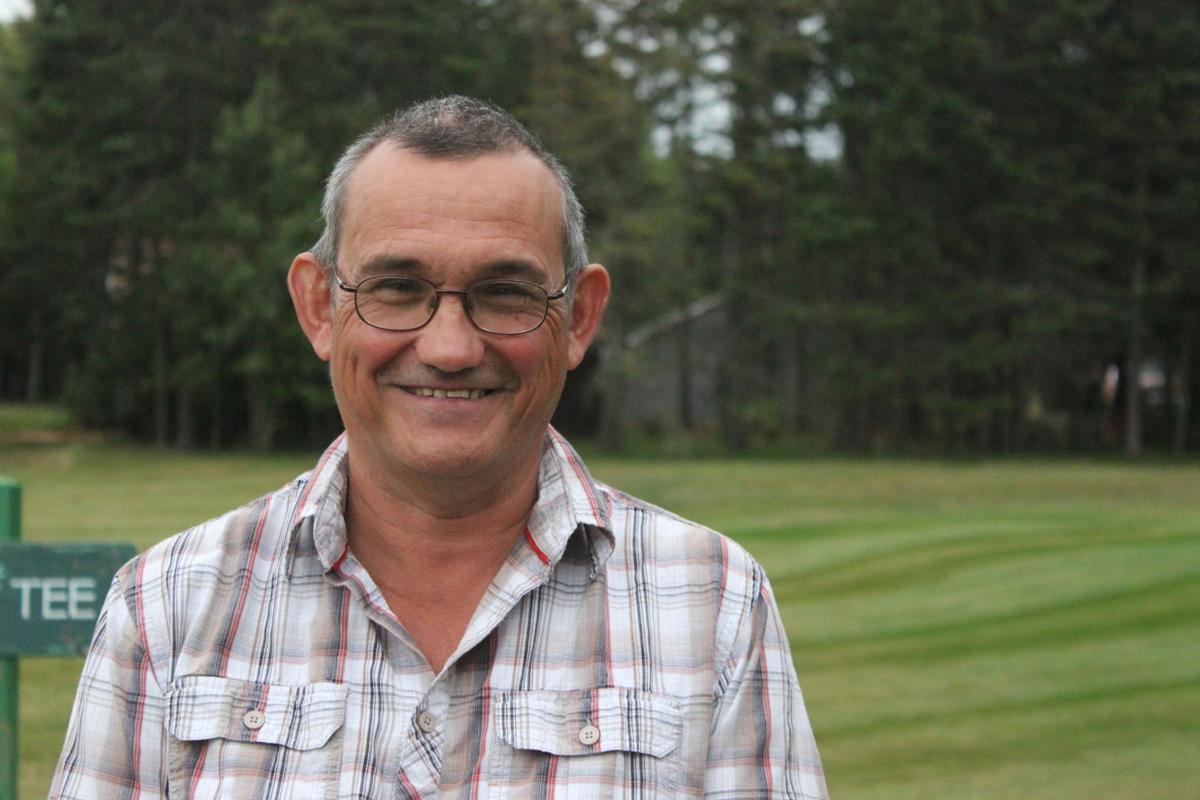 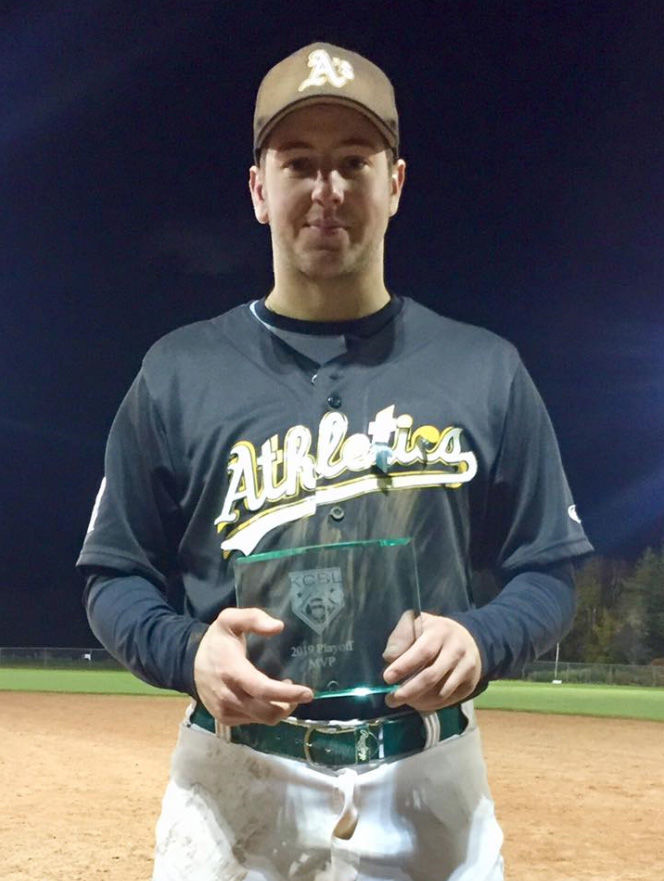 The A’s John Arsenault was named Kings County Baseball League playoff MVP. The versatile outfielder excelled throughout the playoffs and had three saves in the final. Arsenault played the outfield to perfection and was a threat each time he went to bat.

The A’s John Arsenault was named Kings County Baseball League playoff MVP. The versatile outfielder excelled throughout the playoffs and had three saves in the final. Arsenault played the outfield to perfection and was a threat each time he went to bat.

The Alley Stratford Athletics won their fourth Kings County Baseball League in a classic game six final in Morell. On a chilly evening at the Church Diamond, it was hovering around the freezing point nearly four hours later when Allister Smith made the final out in short right field to give the Athletics a 7-2 epic victory over the Morell Chevies.

The game had entered the 12th inning and two were out when Stratford put together a rally. Shawn MacDougall worked out a full count before he singled. Two walks later the bases were loaded for Smith and the 20-year veteran came through with an RBI blooper single to finally break the deadlock. The Athletics added four more runs on RBI singles by Dominique Ryan and Ryne MacIssac followed by a two run single by Grant Grady. The A’s went 11 innings between scores.

They led off the game with a pair of first inning runs that were answered by the Chevies in the fifth inning. An RBI single by Scott Harper and an RBI double by Logan Gallant tied the score 2-2 and it remained that way for another seven innings.

Dominique Ryan led the A’s at the plate going 3/4 with a pair of walks. Dan O’Shea tossed five scoreless innings in relief. Taylor Larkin had a pair of hits and stole three bases to lead Morell.

John Arsenault was named playoff MVP. The versatile outfielder excelled throughout the playoffs. He had three saves in the final. Arsenault played the outfield to perfection and was a threat every time he came to bat.

The game featured several defensive gems which included Adam Smith in the outfield and Ryan MacIssac at shortstop. Taylor Larkin was solid in centre field as he had been all series.

Another year in the KCBL has come to a conclusion. The weather complied very well except for the cool evenings. The evening games were probably scheduled because the players from both sides try to put their best teams on the field. All teams in this league have a basic roster on most nights of nine to 12 players and getting to field a team to compete is a task in itself.

Kudos to players and coachers who make the phone calls trying to field a team twice a week. Being involved in this league for almost 30 years, I can vouch that their job is not an easy task.

It is a league of dedication and endurance. So many players have put on the cleats, drove out to the ballfield and played the game they love for 20-plus years. They do it for the league and with the emergence of so many good young future stars.

Also a salute to the boys behind the scene. Desi Doyle who makes up the schedule every year. President Lefty Dunn who leads with a stern voice and a kind and easy to like personality and Treasurer Jeremy MacDonald who keeps the books in order and looks after all the money matters.

Of course we cannot forget our social media lady, Karen Smith. This girl has kept our viewers informed with up to date reports for the entire season. This league is so lucky to have her on the sidelines. Her dad, Eddy, was a strong force in his heyday from the old Kings County days and still probably could beat out an infield single. Thanks Karen for all your help.

This corner wishes everyone a great winter.