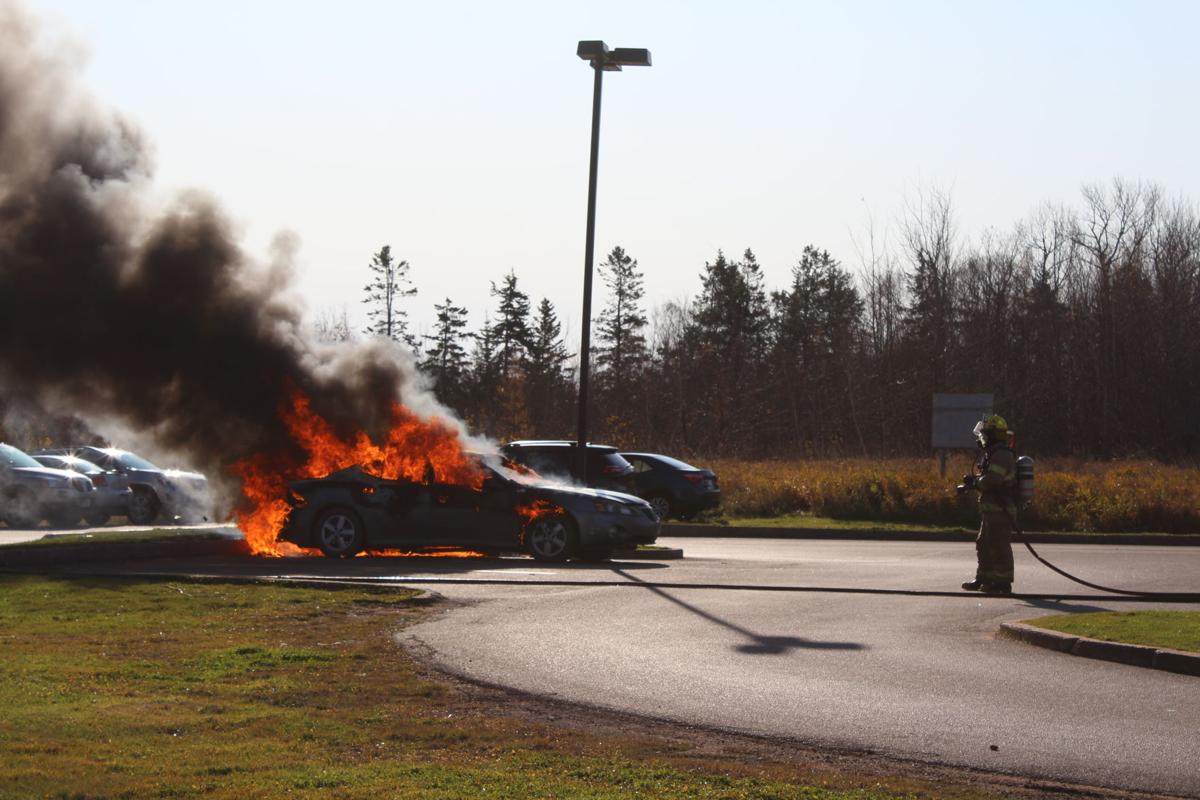 O'Leary firefighters had to deal with a burning vehicle that caught fire in the parking lot of Tim Hortons on Nov. 4. Melissa Heald photo 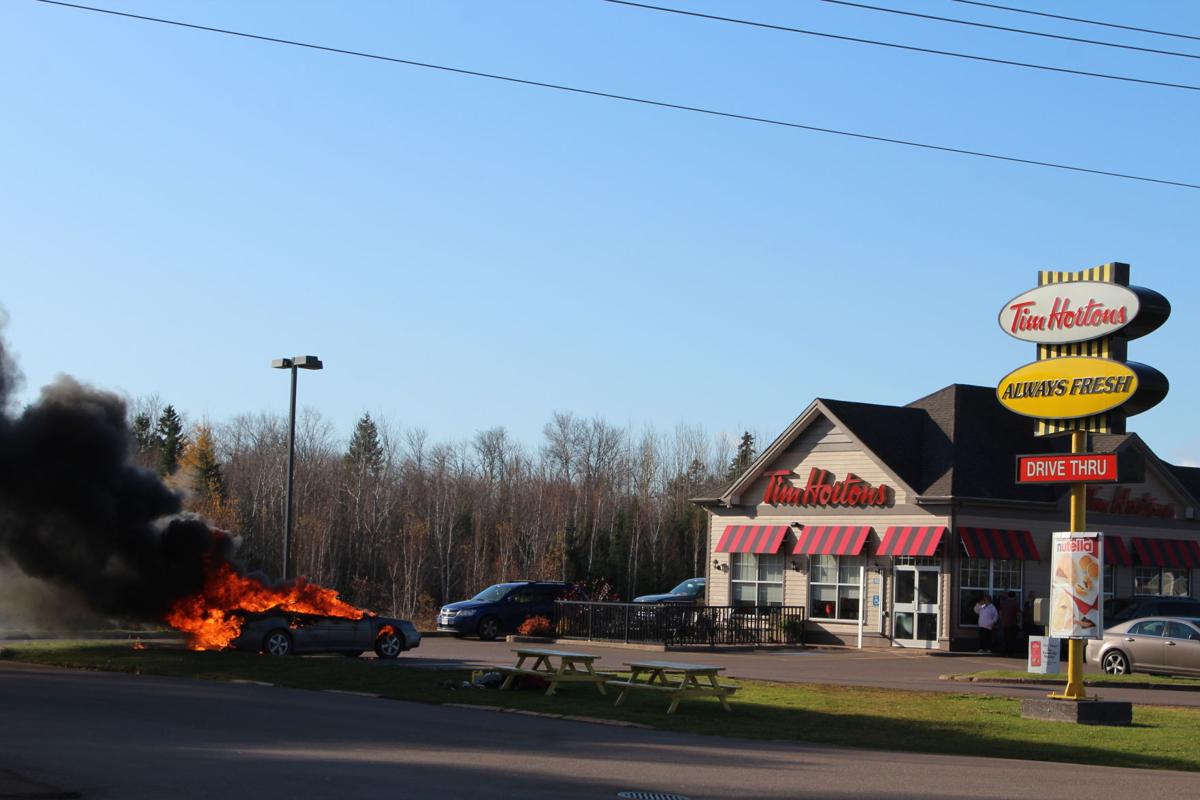 A 2005 Pontiac Grand Prix was destroyed when it caught fire inside the parking lot of Tim Hortons at O'Leary corner. Melissa Heald photo

O'Leary firefighters had to deal with a burning vehicle that caught fire in the parking lot of Tim Hortons on Nov. 4. Melissa Heald photo

A 2005 Pontiac Grand Prix was destroyed when it caught fire inside the parking lot of Tim Hortons at O'Leary corner. Melissa Heald photo

When Jamie Bernard stopped at his local Tims on Monday morning he wasn’t expecting his vehicle to catch fire in the restaurant’s parking lot.

The Pleasant View resident was on his way to Summerside when he pulled into the parking lot of the Tim Hortons at O’Leary corner to grab some breakfast.

He parked his grey Pontiac Grand Prix in a spot across from the main entrance, facing the building.

While he was in the store, smoke started billowing from the vehicle.

“It was starting to smoke and I came out and when we opened the engine bonnet, I could see a little bit of flames," he said.

Mr Bernard had a couple of jugs of water stored in the car, which he used to pour on the vehicle when a friend of his came out of the store with a fire extinguisher.

Mr Bernard has owned the 2005 vehicle for about a year. He managed to remove some fishing gear, rods and a tackle box, he had in the car’s truck before the flames completely engulfed the vehicle. His friend called 911.

O’Leary Fire Department received the call around 9:30 am on Nov. 4 that a vehicle was on fire at the Tim Hortons parking lot.

As soon as the department arrived on the scene, they extinguished the flames  quickly using fire fighting foam.

Some witnesses inside the store who saw the car catch fire were standing outside the main entrance taking photos and video of the burning vehicle. Others passing by on the nearby highway pulled over to the side of the road to watch as the flames consumed the car.

Mr Bernard said he could see the smoke coming from the car while he was in the store.

“So I came out, opened the engine bonnet and disconnected the battery right away just in case it was electrical, but by that time it was too late.”