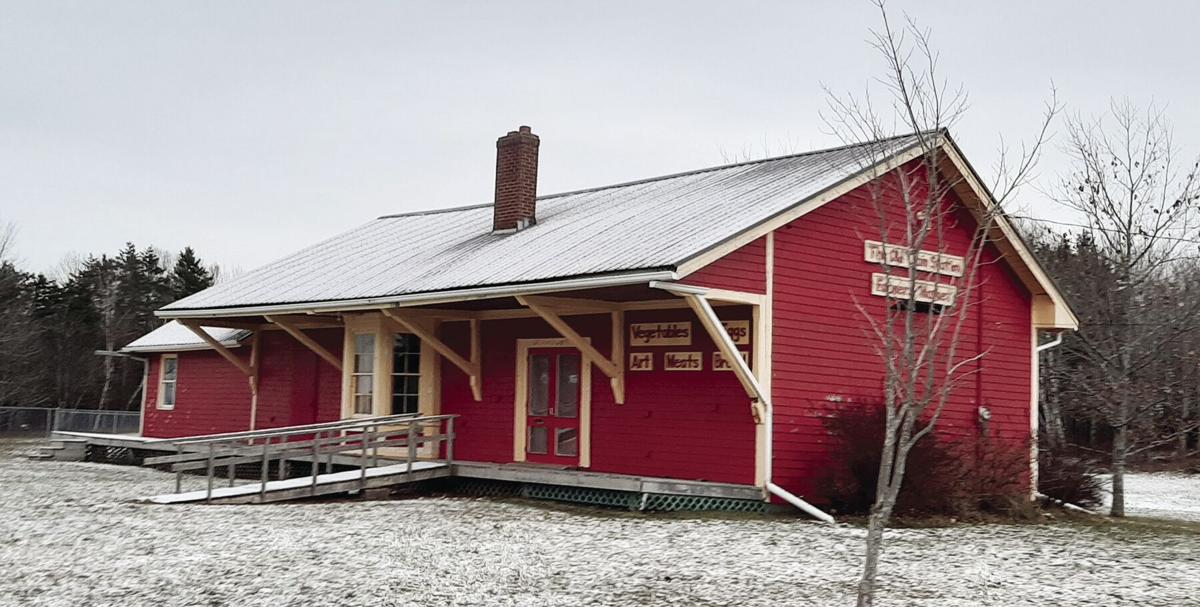 New brackets for the roof overhang at the old Cardigan Train Station will be part of the repairs being done there. The current brackets are rotten, which is causing the roof to buckle against the wall. Josh Lewis photo 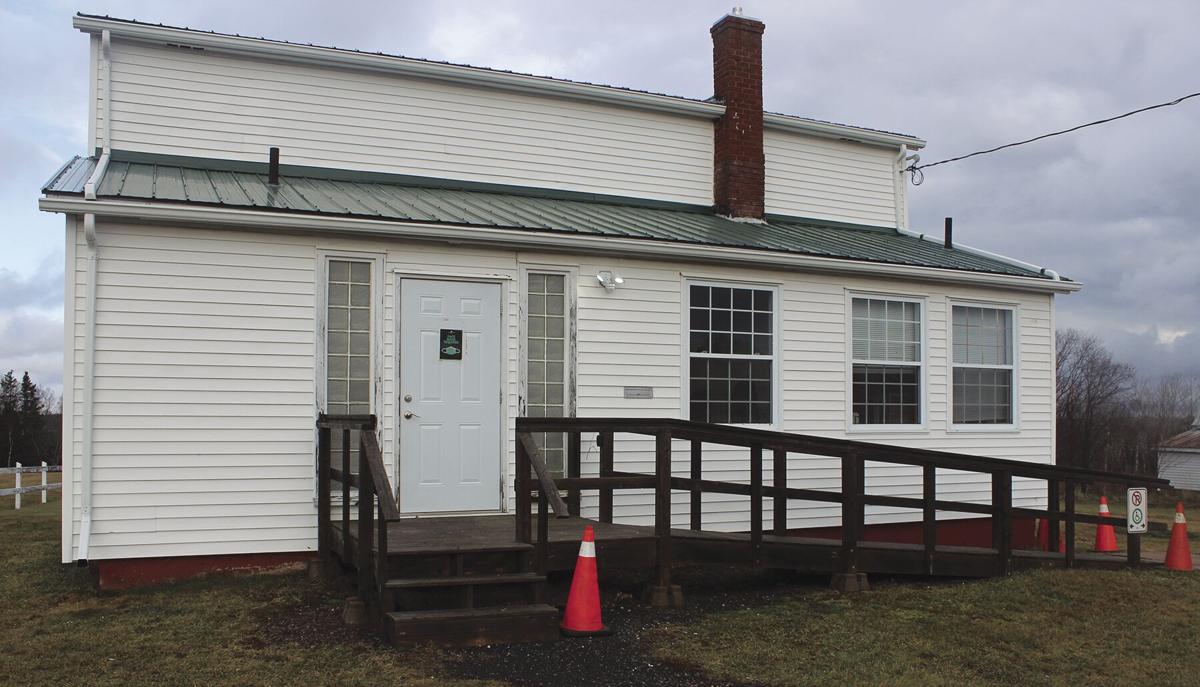 A growing crack in the foundation is a major focus of repairs to the old Lower Montague School, which are ongoing and expected to be completed by late spring. Josh Lewis photo

The Town of Three Rivers is in the process of making significant repairs to two local halls with deep roots in their communities.

Structural work at the old Cardigan Train Station and Lower Montague School are first up in the municipality’s plan for short-term use and upgrades of community halls owned by the municipality.

The Lower Montague Hall is designated as a warming centre during emergencies and much of the work at both sites can be completed in the winter.

Dorothy MacDonald, manager of community services for the town, says more work is required than was originally planned, with cleared debris allowing a better look at the structures.

“We don’t have a definite timeline. We did have an original inspection report that had flagged some deficiencies in the buildings.”

However, when renovating historical buildings, surprises are to be expected, she added.

“Dealing with old buildings, there’s no straight direction. There’s a lot of stepping back,” Ms MacDonald said. “We hope to get the two buildings up to standard for the public to use again.”

Because of the expanded scope of the repairs, she said the costs are hard to peg at this point. In the 2020-21 budget, $80,000 was earmarked for repairs and operating expenses at all town-owned halls, including those in Lorne Valley and Brudenell. It’s now likely most of that will be directed toward the Cardigan and Lower Montague buildings.

“We may get fairly close to that (figure) by March 31 on the two buildings,” she said.

At the train station, some wet and moldy material was removed from the concrete foundation and it became clear there was more work to do.

“Now we’re looking at the basement and we’re realizing there are structural things to address as well.”

The foundation is the top priority, Ms MacDonald said, but there is also an issue with the roof on the overhang and the town plans to install an accessible bathroom. The preference is to avoid major invasive work on the building if possible.

“The brackets are rotten so the weight of the roof is pushing down so it’s actually pushing in the wall,” she said.

“We’re hoping those brackets can be removed and stabilized and add some new timber, and that should be enough.”

If contractors deem the reinforcement not good enough, additional support may be needed but the hope is the look of the building won’t have to change.

Structural work on the foundation and outdoor grading and landscaping can’t take place until the spring.

At the former Lower Montague School, much of the work has already been completed, she said, but a significant crack has been discovered in the foundation and it is getting larger.

“We’re waiting for a professional to examine it,” Ms MacDonald said. “It’s a bigger fix than we thought. We’ll do the inside work pretty soon, then when the frost is out of the ground, we’ll dig around the building, put a waterproof membrane on the outside and then final grading to ensure the water runs away from the building.”

Work of this nature is also at the mercy of contractor availability, she said, and there’s only so much the town’s maintenance staff can do.

The goal is for work on both buildings to be completed by late spring. Then funding for the other halls will be sought in the 2021-22 town budget.

The importance of maintaining historical buildings is directly linked to a collective history and identity, says UPEI history professor Ed MacDonald, who specializes in Island history.

“Communities aren’t just collections of individuals. They’re built around shared lives. On PEI, communities have historically been defined by communal institutions that brought people together.”

The local one-room school, church, general store and blacksmith are examples of that, says Mr MacDonald, a Newport native. But none more important than the community hall.

“The hall was the central site for concerts, plays, socials, wedding showers, receptions and dances.”

With many rural general stores and churches now gone or barely hanging on, Mr MacDonald said the local hall is the last chance to protect that shared history.

“To preserve a community hall is, really, to preserve rural community. If a feeling of community is part of our well-being, then preserving community halls is worth doing,” he said. “For now, at least, it’s still an expression of our identity as Islanders.”