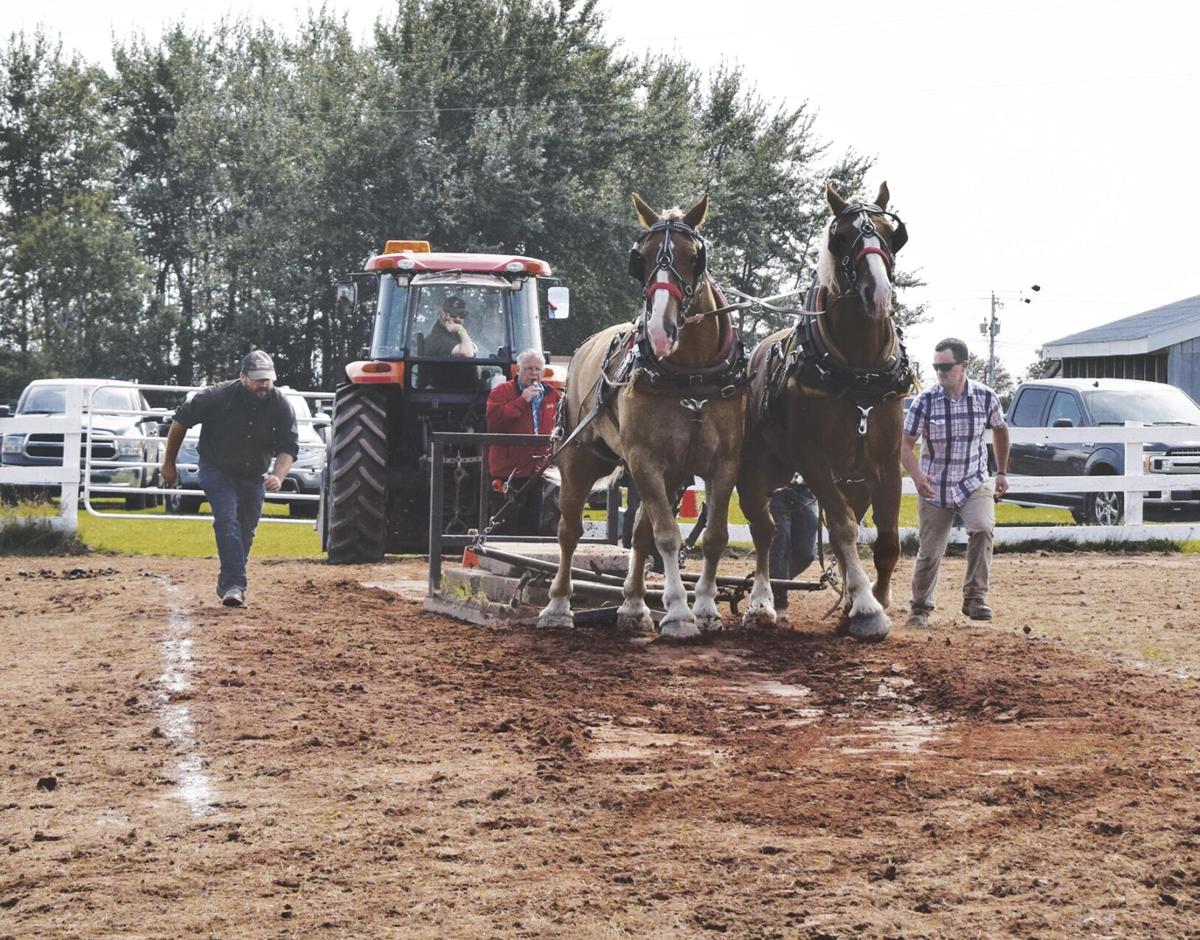 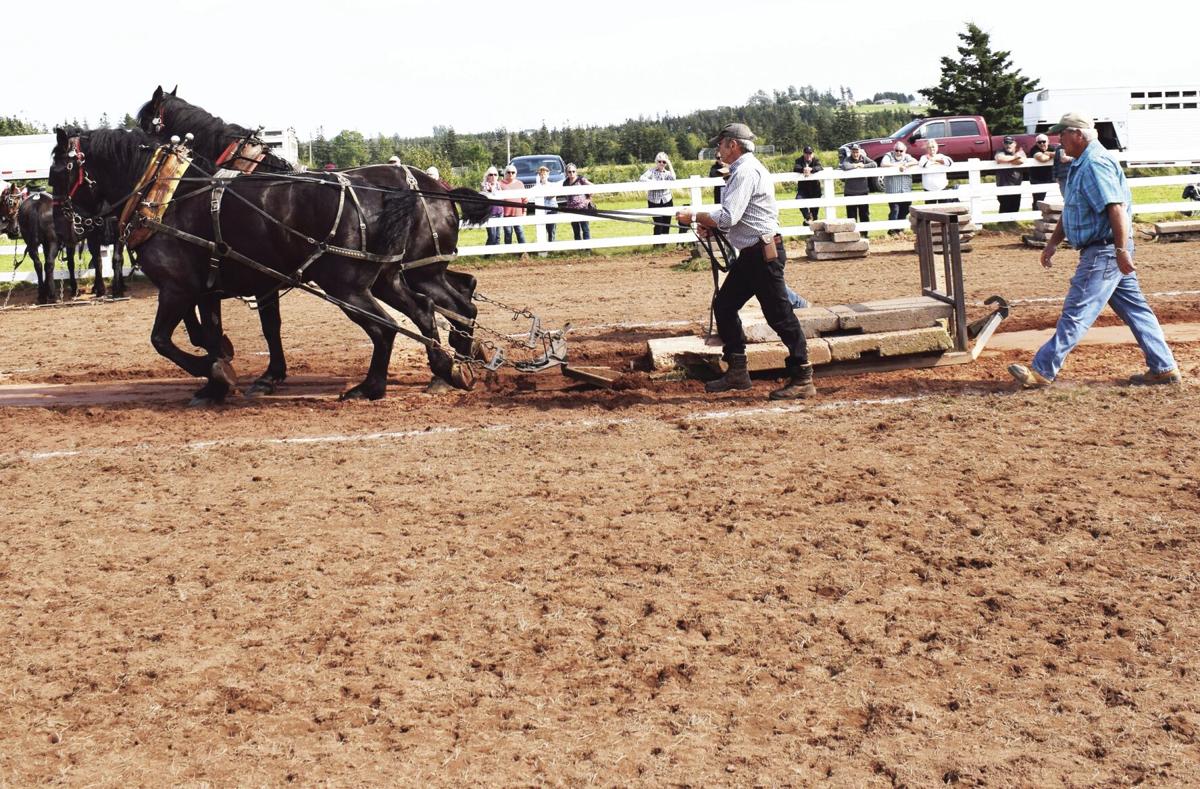 Ross and Frank, 8-year-old Belgians showed their power at the horse pulls at the Eastern Kings Exhibition Sunday afternoon in front of a crowd of more than 50 people. The horses, owned by Brady Doiron of Fort Augustus on the right, are Amish broke and this was their first year competing on the horse pull circuit. They pulled 3,500 pounds in this particular event.

Gunnie and Jim were a handful for Kyle Steeves from off-Island and his team pulling 3,500 pounds during competition at Eastern Kings Exhibition on Sunday.

Stephen MacEwen follows behind his team as Garnet Ross controls the reins during the Horse Pulls at the Eastern Kings Exhibition Sunday afternoon. The Cardigan resident’s team of Percherons, Sonny and Rob, were pulling 3,500 pounds. This was their first year participating.