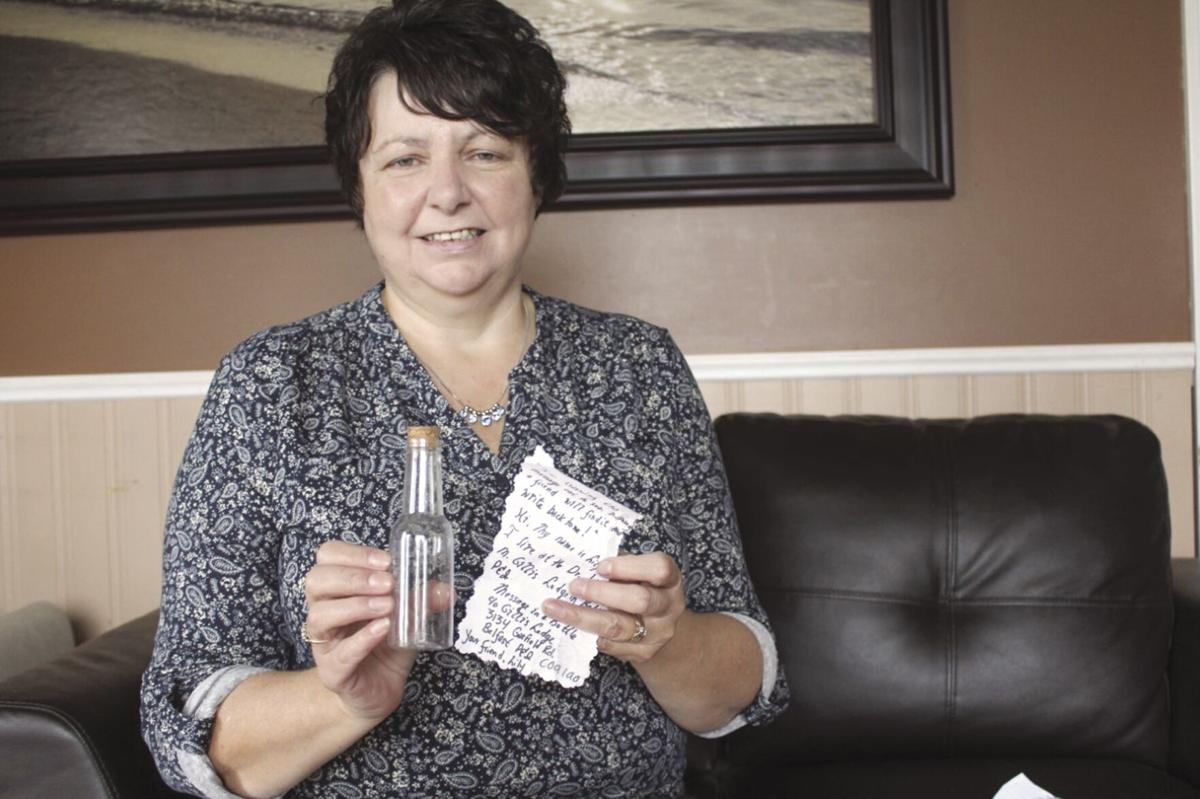 Colleen MacLeod of Coleman, in Prince County, was excited to find a message in a bottle on West Point Beach recently. She was searching for sea glass when she found the bottle with a paper neatly rolled up inside. The note was written by Lillian Lundrigan, a resident at the Dr John Gillis Memorial Lodge in Belfast. 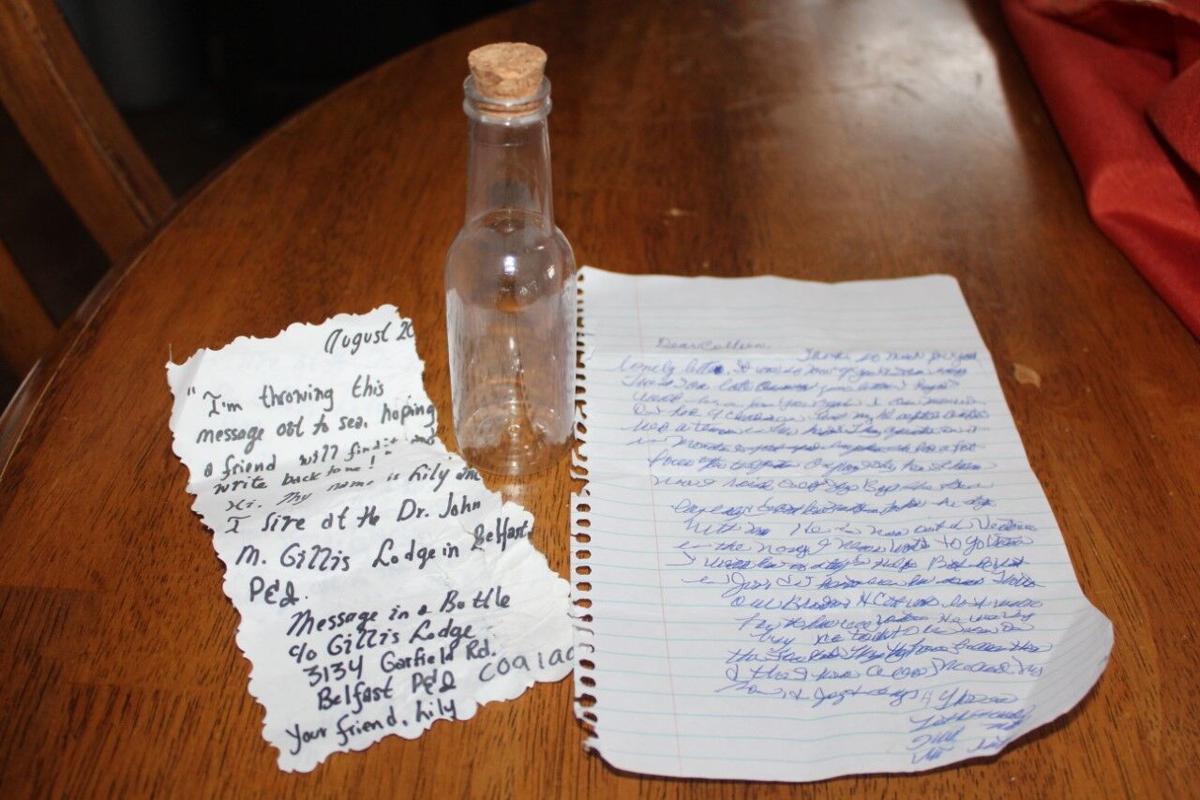 Residents of Gillis Lodge were out for a beach themed day in August, when they toured the Wood Islands Lighthouse and their messages in bottles were launched. The lodge has received the first response to the messages from Colleen MacLeod of Coleman, a community near O’Leary. 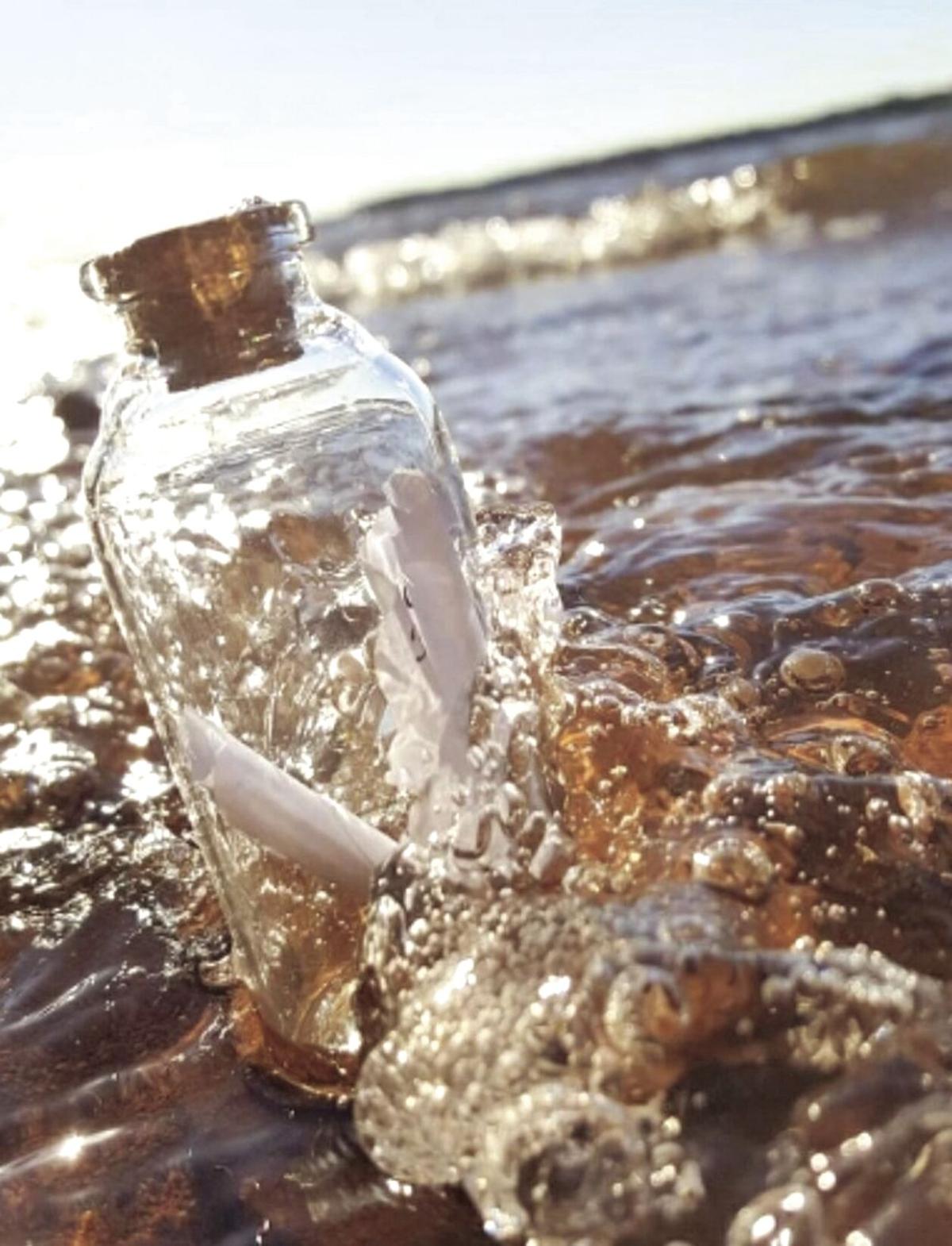 As a staycation camping trip on the Labour Day weekend was winding down, Colleen MacLeod decided to take one last walk on West Point Beach in search for sea glass. This is when she came across an unexpected treasure: a message in a bottle.

“It was kind of exciting, I’d never found one before,” Ms MacLeod said.

She lives in Coleman, a community not far from O’Leary.

The message was from Lillian Lundrigan, a resident of the Dr John Gillis Memorial Lodge in Belfast. She and 15 other residents had joined in the activity last August while on a bus tour to the Wood Islands Lighthouse.

“Throwing this message in hoping a friend will find it,” read the slightly wet paper rolled neatly inside the bottle.

Emily Hart, the lodge’s recreation director, launched the bottles into the Northumberland Strait because residents couldn’t leave the bus due to COVID-19 restrictions.

“When I saw it was from the lodge,” Ms MacLeod said, “I wrote back and told her a little bit about myself and put a picture of the lighthouse and a little gift and mailed it off to her.”

When Ms Lundrigan received the return message with a photo and sea glass necklace gift inside she was overjoyed and brought to tears.

Ms Lundrigan wasn’t available to speak with The Graphic by press time as she was in the middle of moving from the lodge.

Ms Hart said other residents at the lodge were happy to see a response too and they are looking forward to finding where the other 14 messages in bottles might end up.