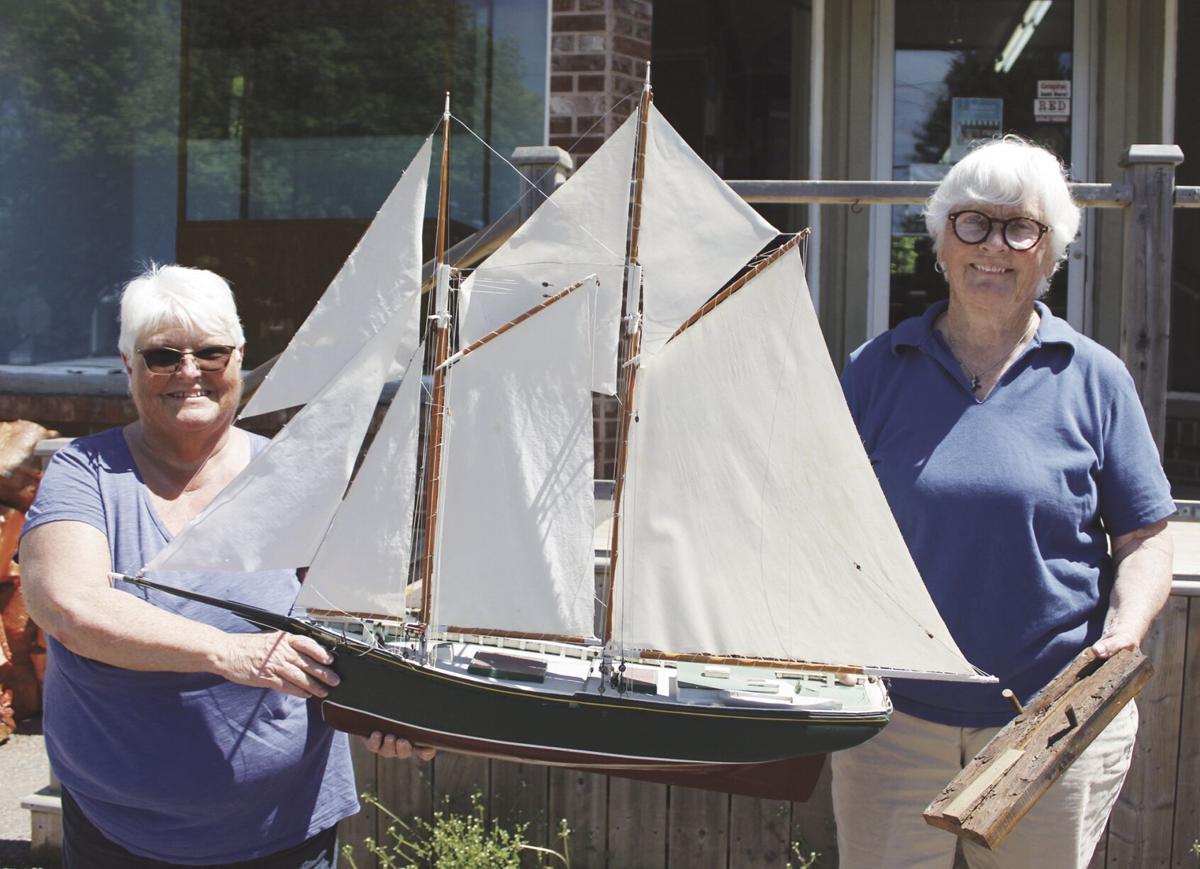 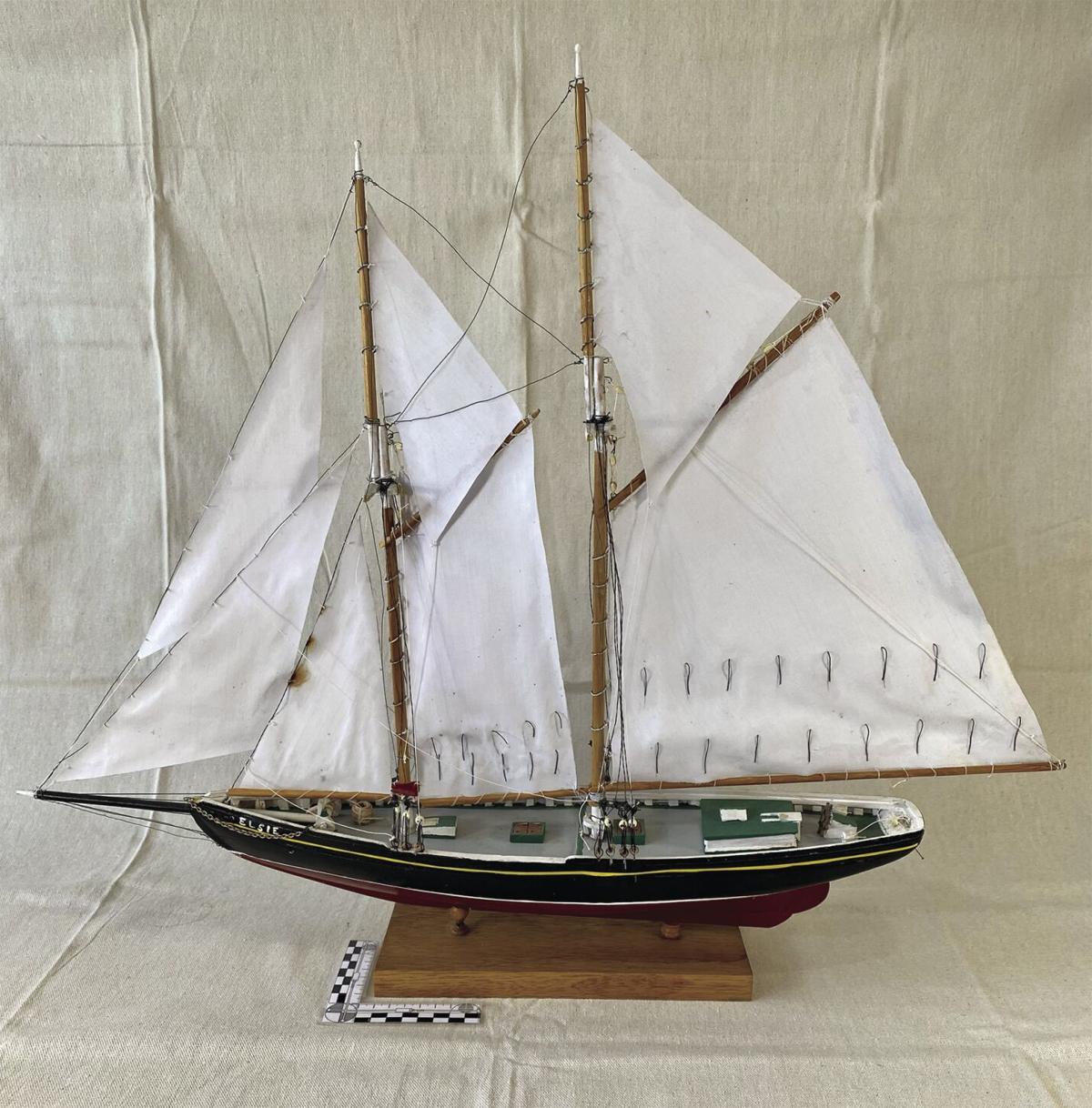 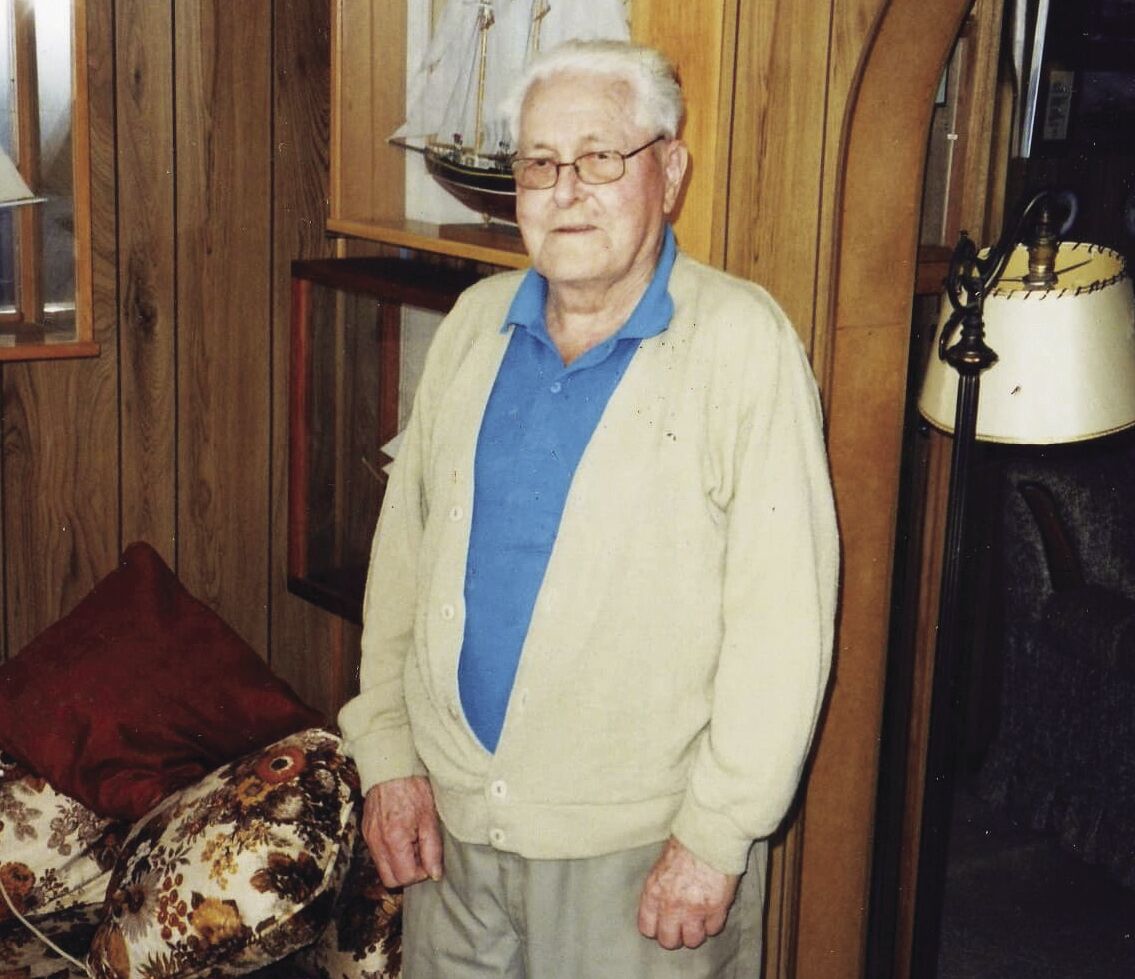 Susan MacLean (White), left, holds a replica of the schooner Francis D Cook which her father, the late Hubert White of Murray Harbour, handcrafted. On the right is Murray Harbour Deputy Mayor Carol White. The model is now on display in the front window of Butler’s Clover Farm in Murray Harbour. Before Captain White passed away in 2005, in his 90th year, he had completed more than a dozen models. Captain White came from a lengthy line of seamen and prior to retirement he sailed schooners to Pictou, New Glasgow and Sydney, Nova Scotia as well as the Magdalen Islands to deliver potatoes and coal. His career eventually shifted, but still on the water, and he worked as a First Officer on the Borden to Cape Tormentine ferry service. A collection of Captain White’s photos of schooners are displayed in the Northumberland Fisheries Museum in Pictou, NS. In this photo Ms White holds a block of wood from the Francis D Cook which was built in 1905 and frequently moored in Murray Harbour. The short slab of wood secures the Francis D Cook model in its display case. Councillor Paula MacLean contributed to seeing the model relocated to Murray Harbour. Captain White shared a wealth of local history with Dutch Thompson in a January 2002 interview as part of his Island Voices compilation. See https://islandvoices.ca/islandora/object/ivoices%3Aivoices20100527acass005

A model of the Elsie, also handcrafted by Hubert White of Murray Harbour, is among the contributed items in the Northumberland Fisheries Museum in Pictou, Nova Scotia. (Artifact number 2003-0032). This photo was provided by museum manager/curator Victoria Bailey Thompson. For history on the schooner go to https://www.novamuse.ca/Detail/objects/421725