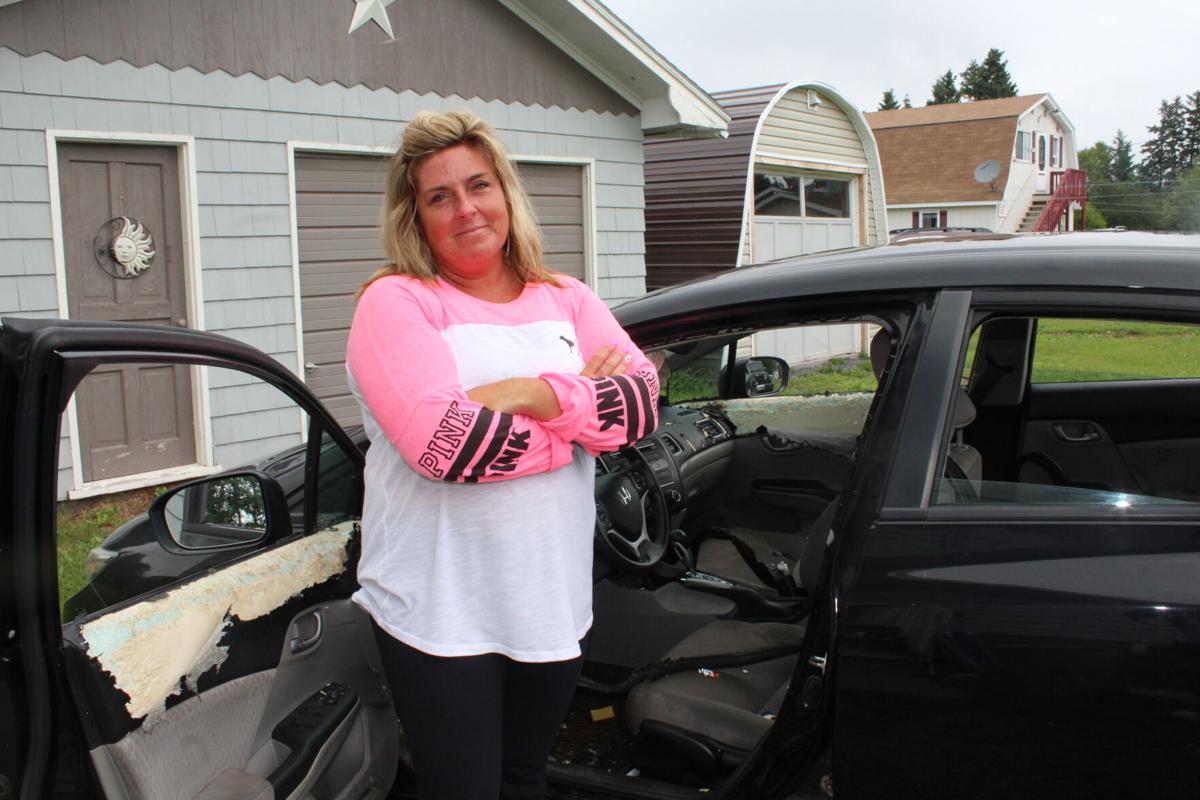 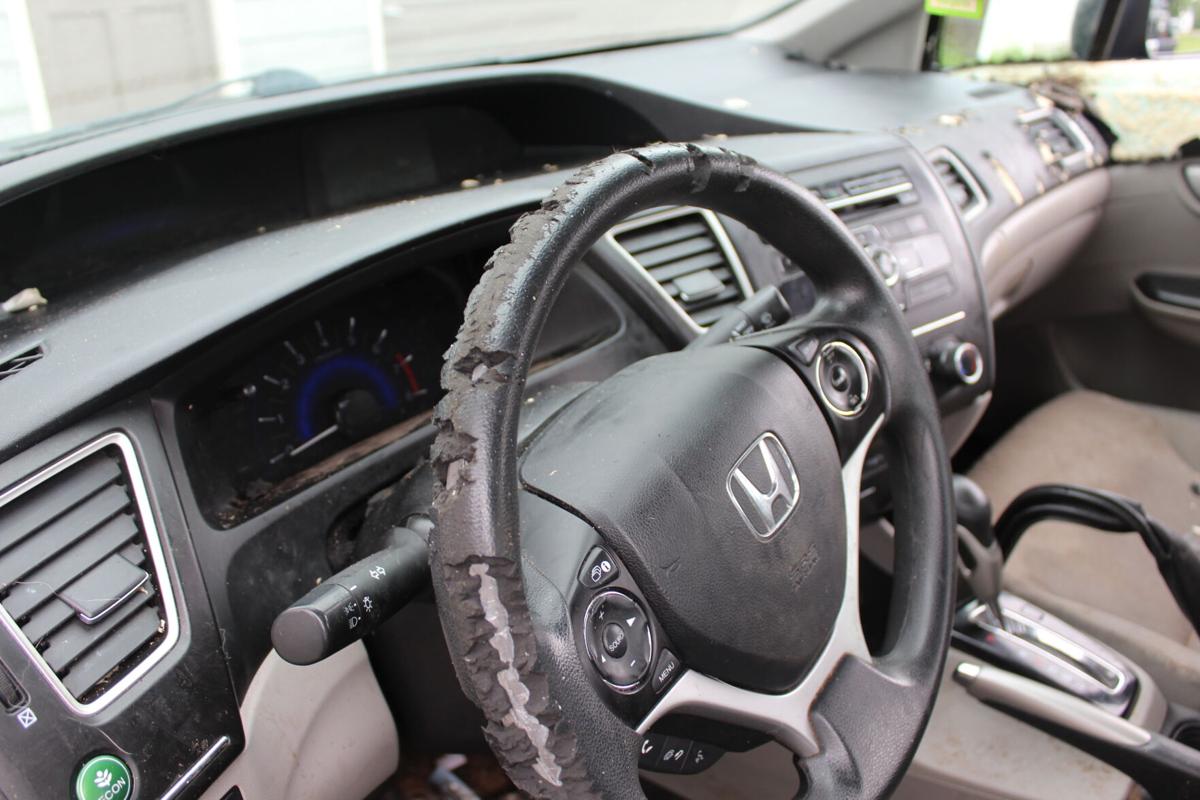 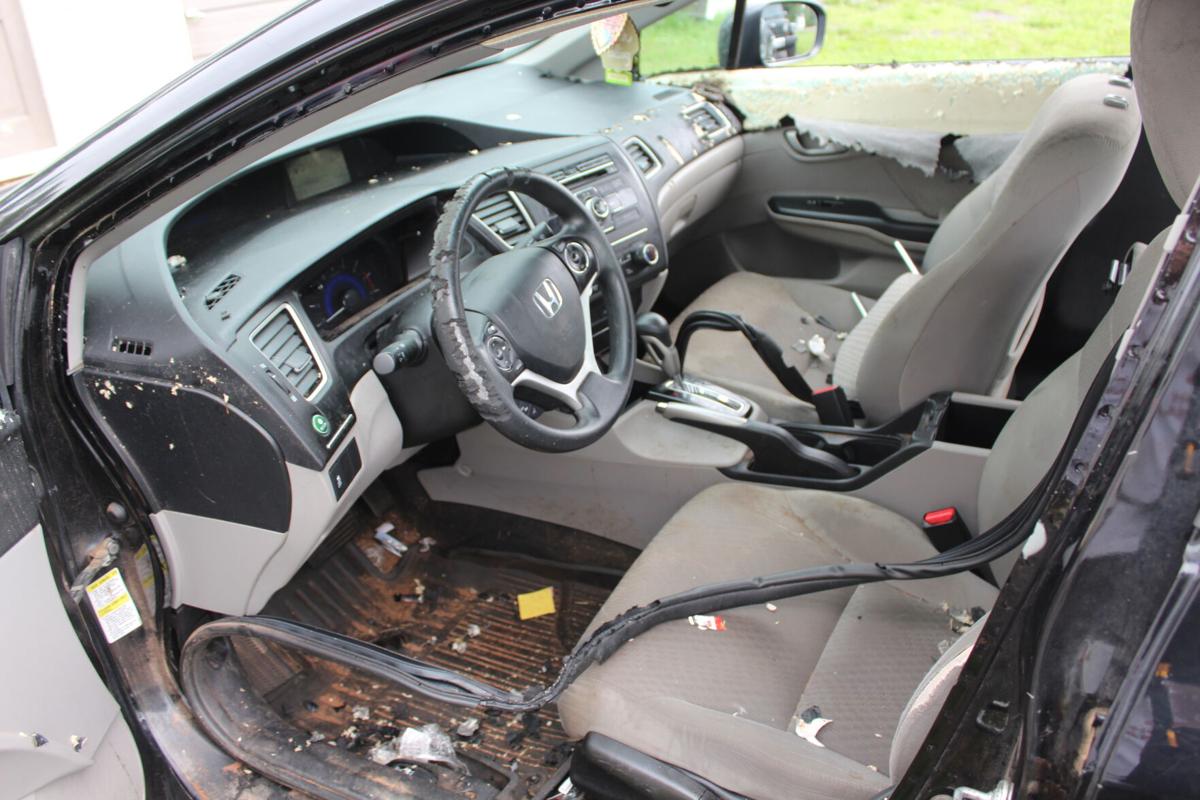 The interior of a 2014 Honda Civic, owned by Kendra Bell of Murray River, was shredded by a mother raccoon and her kit overnight Thursday. The critters had apparently become trapped inside the vehicle and attempted to claw their way out.

Pasha Jorden, Ms Bell’s daughter, was first to discover the animals, still inside the vehicle, around 8 am this morning (Friday). She said she opened the car door only to discover four eyes staring back at her. She alerted her mother and after leaving the door open the raccoons slowly waddled out and into the nearby woods.

The interior of the vehicle, including the steering wheel, was destroyed. The dash was shredded as was the material on both the driver and passenger door. There were also puddles of urine and feces were all over the cloth interior and inside the rear window. The rubber around the doors was also clawed away and ripped. Ms Bell said her vehicle is fully insured and she will pick up a rental in Charlottetown on the weekend.

Just wondering, how did they get in car in the first place. Funny/not funny story, glad her car was fully insured.