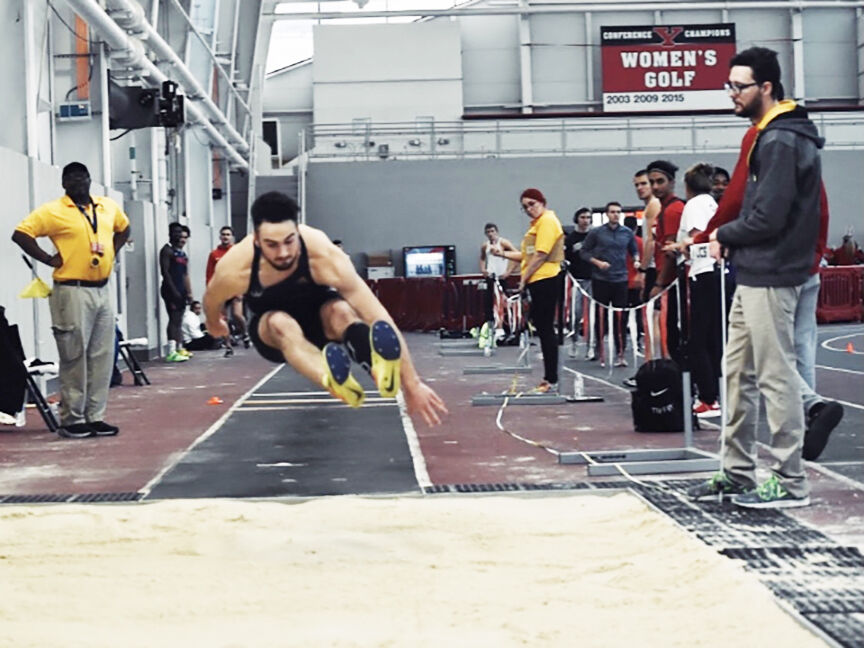 Murray River native Owen MacNeill flies toward the pit in triple jump during a meet in Youngstown, Ohio last year, where he won a bronze medal. MacNeill’s track season at the University of Windsor has been wiped out by COVID-19.            Windsor Lancers photo 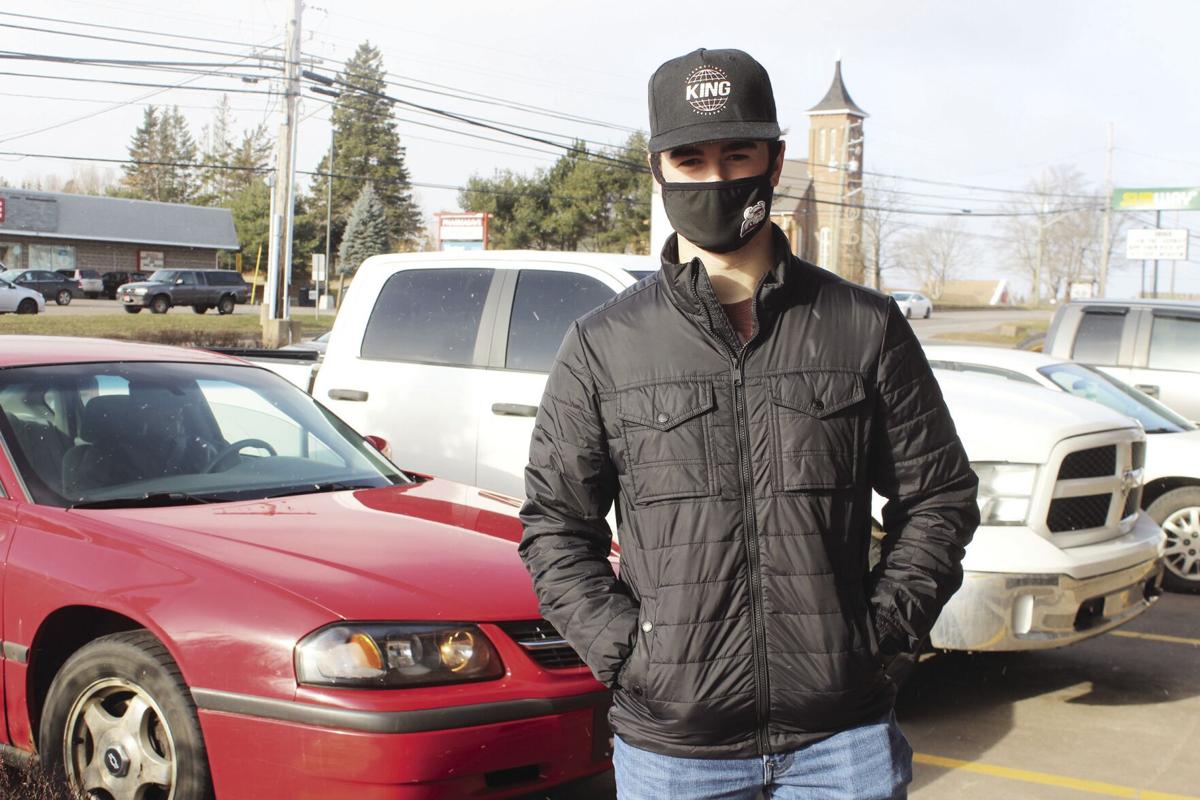 Owen MacNeill is at home in Murray River, studying Human Kinetics online after the pandemic caused the cancellation of his track and field season with the University of Windsor Lancers.      Josh Lewis photo

Murray River native Owen MacNeill flies toward the pit in triple jump during a meet in Youngstown, Ohio last year, where he won a bronze medal. MacNeill’s track season at the University of Windsor has been wiped out by COVID-19.            Windsor Lancers photo

Owen MacNeill is at home in Murray River, studying Human Kinetics online after the pandemic caused the cancellation of his track and field season with the University of Windsor Lancers.      Josh Lewis photo

Owen MacNeill was excited to take his track and field career to another level in his second year with the University of Windsor Lancers.

Instead, the 19-year-old from Murray River is still home, taking courses online and wondering when he’ll be able to compete again.

In October, Ontario University Athletics cancelled all winter sports until at least March 31, 2021 due to surging COVID-19 cases.

So there is no competitive long jump or triple jump in MacNeill’s near future, leaving him to study, train and practise with a jumping pit he made in his parents’ backyard.

“It’s one of those things you can’t control. You know everybody’s in the same situation,” he said.

But after missing a spot at nationals for triple jump by two centimetres at the end of his freshman year, he was chomping at the bit to start again.

“It kind of sucked because I did have a pretty good rookie year,” MacNeill said. “I was looking at having a better season and potentially doing better in the nationals. It was depressing when they announced it was cancelled.”

He said he was also training for the 2021 Canada Summer Games in southern Ontario, but that was postponed to 2022.

MacNeill, who will not lose a year of eligibility, does have the option of having someone film his jumps at his home pit, then send it to his coaches at Windsor for feedback.

“It’s not the same, but it’s a bit of motivation as well,” he said. “You have to work hard and do the best you can with what you have, and hope things open up soon.”

Losing the season gives more time for training, but that’s only one part of the puzzle, MacNeill said, and it’s tough to get an idea of his progress without competing at meets.

“In a sense, yes more training is good but you also want those competitions for a reality check to see where you’re at.”

MacNeill said he made large strides from the beginning of his freshman year to the end, in part due to access to better competition and coaching. His personal bests in both jumps went up significantly. He also earned a bronze medal in triple jump at a meet in Youngstown, Ohio, where he smashed his previous personal best by 50 centimetres.

“I was pretty proud of how the first year went. The way I was progressing, I was excited about what the next year could be. Then it all got cancelled.”

A Souris-area native who now lives in Stratford, McCormack said MacNeill has natural athletic ability from playing hockey and has plenty of potential if he gets the right coaching and guidance.

“He reminds me of me when I was his age. He can go even further,” McCormack said. “He’s built for it. He has the height, the genes and everything to be a good jumper.”

Losing a season is concerning because track and field athletes only have so many years where they can compete at their best, McCormack said, but he isn’t too worried because it’s a lost season for everyone.

MacNeill said McCormack has given him lots of guidance over the years and is the biggest reason he’s competing at a high level, rather than giving up the sport after high school.

“He’s had a major impact on my track career so far.”

For now, MacNeill will continue to study his major, Human Kinetics, which leads to careers as a personal trainer, athletic therapist or kinesiologist. It’s a choice that was inspired by his own experience in sports.

“I was interested in how the body moves. I’ve been injured enough over my years of playing sports. It interested me to learn about how (injuries) happen and how you can fix or prevent that.”