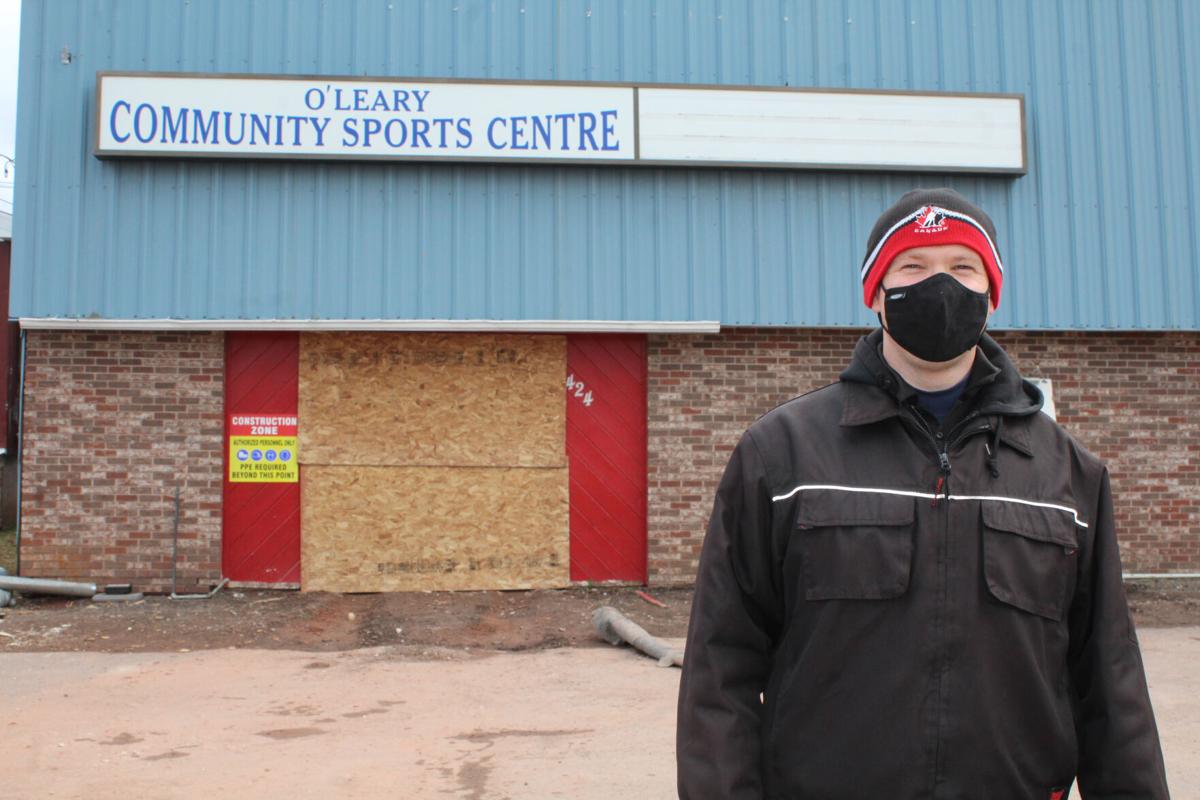 President of the O’Leary Community Sports Centre, Dr Wade Sweet, is excited for people to see the finished product when renovation of the rink’s front lobby is completed. When the arena reopens next season, the lobby will have new washrooms and a new canteen.  Melissa Heald photo 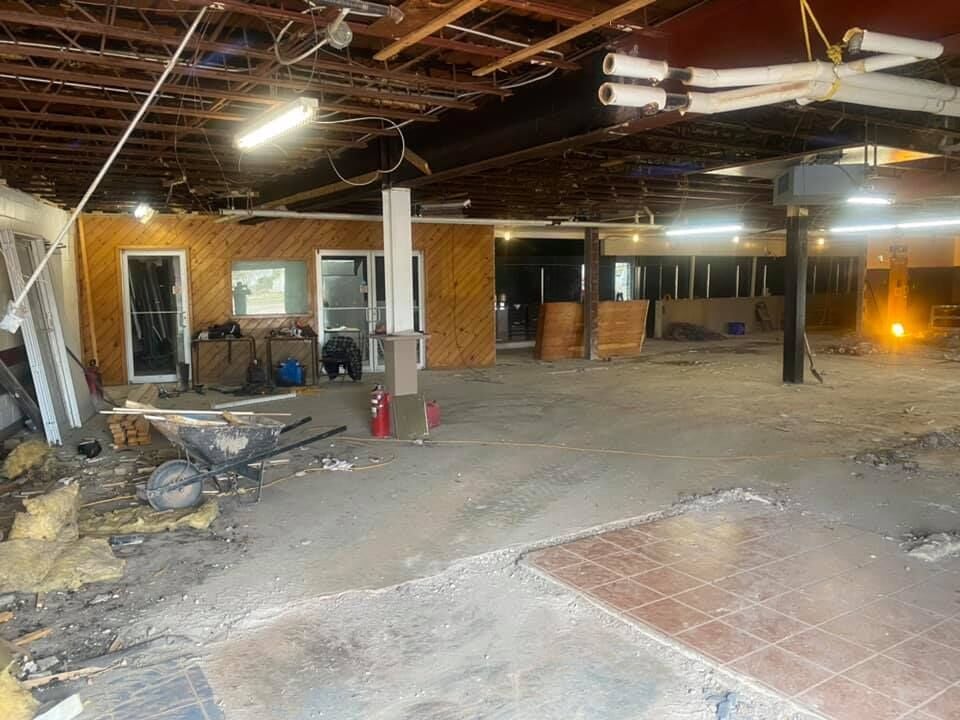 The whole lower front lobby of the O’Leary Community Sports Centre is in the middle of getting a facelift. The cinder block walls, basically from the Zamboni room to the front door way, have been removed, along with the lobby’s flooring. The demolition began early April and is part of the final renovations being done at the rink. Submitted photo

The whole lower front lobby of the O’Leary Community Sports Centre is in the middle of getting a facelift.

The cinder block walls, basically from the Zamboni room to the front door way, have been removed, along with the lobby’s flooring.

The demolition began early April and is part of the final renovations being done at the rink.

“It will feel really satisfying when we bring people in and show them what we have been able to accomplish,” said Dr Wade Sweet, president of the rink’s board. “When people get a chance to see what we were able to do, I think people will be really impressed and satisfied.”

When the arena reopens next season, the lobby will have new washrooms and a new canteen. The canteen will have a glass wall facing the ice surface, similar to the canteen at the rink in Tignish. The renovations will also include a new enterway into the upstairs area of the rink and the upstairs hall will be widened for better wheelchair accessibility.

The renovation project is being funded partially by $1.7 million joint funding from the provincial and federal governments and a capital campaign of $550,000. One hundred thousand dollars in the capital campaign was earned when O’Leary won the title of Kraft Hockeyville in 2017.

The renovations were to start last April, but were delayed due to the COVID-19 pandemic.

“The lockdown last spring and the number of people we were able to have on site, we had to cut out the demolition at the front of the building because there was no way around the limitations on gatherings,” explained Dr Sweet.

While the work on the front lobby was put off until this spring, the rink did manage to get some of the planned work done last year.

In 2020, new energy efficient lighting over the ice surface was installed. New board dashers and kick plates were installed around the ice surface. Painting and a general refreshing of all dressing rooms was done as well.

However, the biggest upgrade done was replacing the rink’s ice making plant. The new plant is user friendly, more efficient and, unlike their previous machine, doesn’t require the usage of ammonia to make ice for the rink.

“That takes a lot of the risk away to making ice,” said Dr Sweet.

Despite the pandemic, Dr Sweet said the rink’s capital campaign has been going well.

“We’ve been generally impressed with the responses from our community and people have been so generous and it’s heart warming to see the value people have for our facility and what we are doing to do for our kids,” he said.

The board is also hoping to generate an additional $1,000,000 to $2,000,000 over their original fundraising goal to repave the arena’s parking lot, which isn’t covered by the joint government funding, and create a new melt pit for inside the Zamboni room.

Dr Sweet explained with their new ice plant, they are able to recover the heat from the machine, which will be used to heat the front area of the building.

“We want to get a melt pit so we don’t have to drive the Zamboni outside any more,” he said. “It should also substantially lower the amount of oil we have to burn in the run of a year.”

Dr Sweet added there might be government funding available they can access to help with these extra projects, especially repaving the parking lot.

“That’s our big push now, is to get enough to cover that parking lot because its one of the first things that everyone mentions is can’t something be done about the parking lot,” he said.

The work to the front lobby will take about four months to complete, meaning the arena won’t be available to host any events this upcoming summer.

“The long run game plan is to have a much more user friendly and sustainable building for the future,” said Dr Sweet.