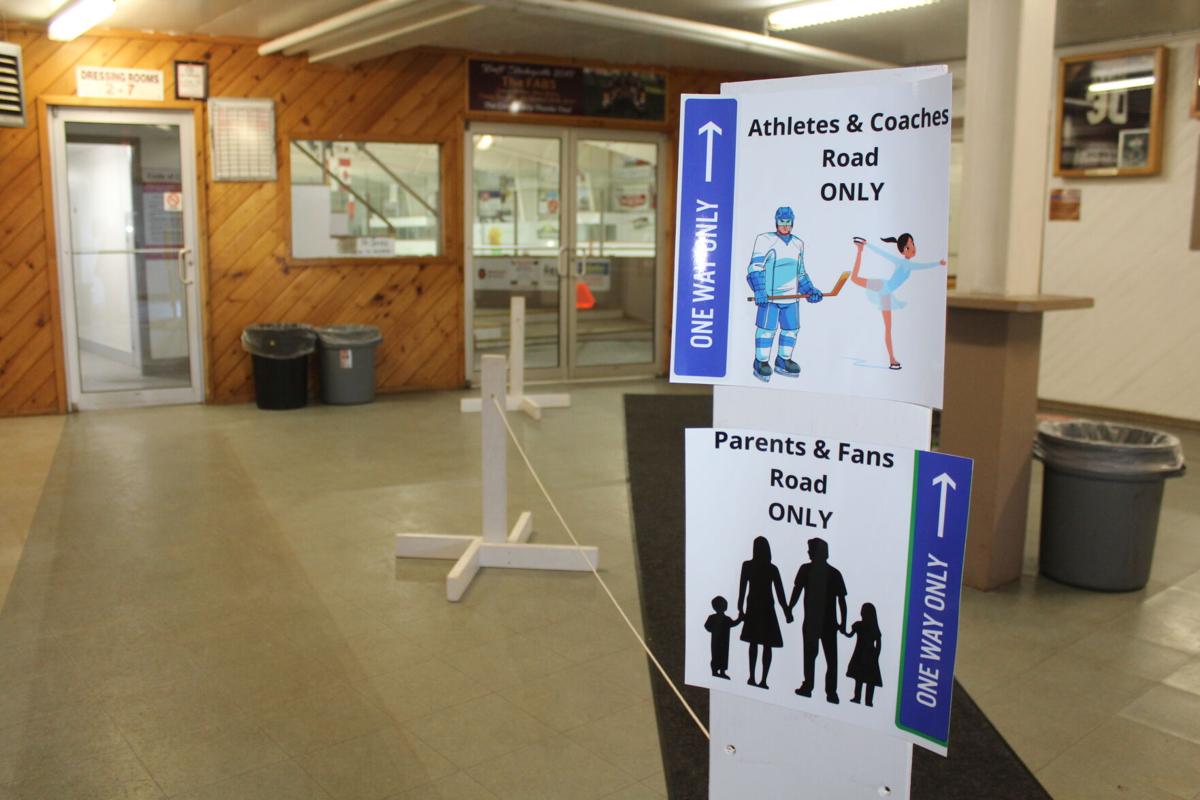 When people enter the front lobby of the O’Leary Community Sports Centre they will notice two separate path ways have been set up - one for athletes and the other for parents and spectators. All the COVID-19 protocols at the arena were explained during a virtual walk-thru hosted by the rink manager Jeff Ellsworth. Melissa Heald photo 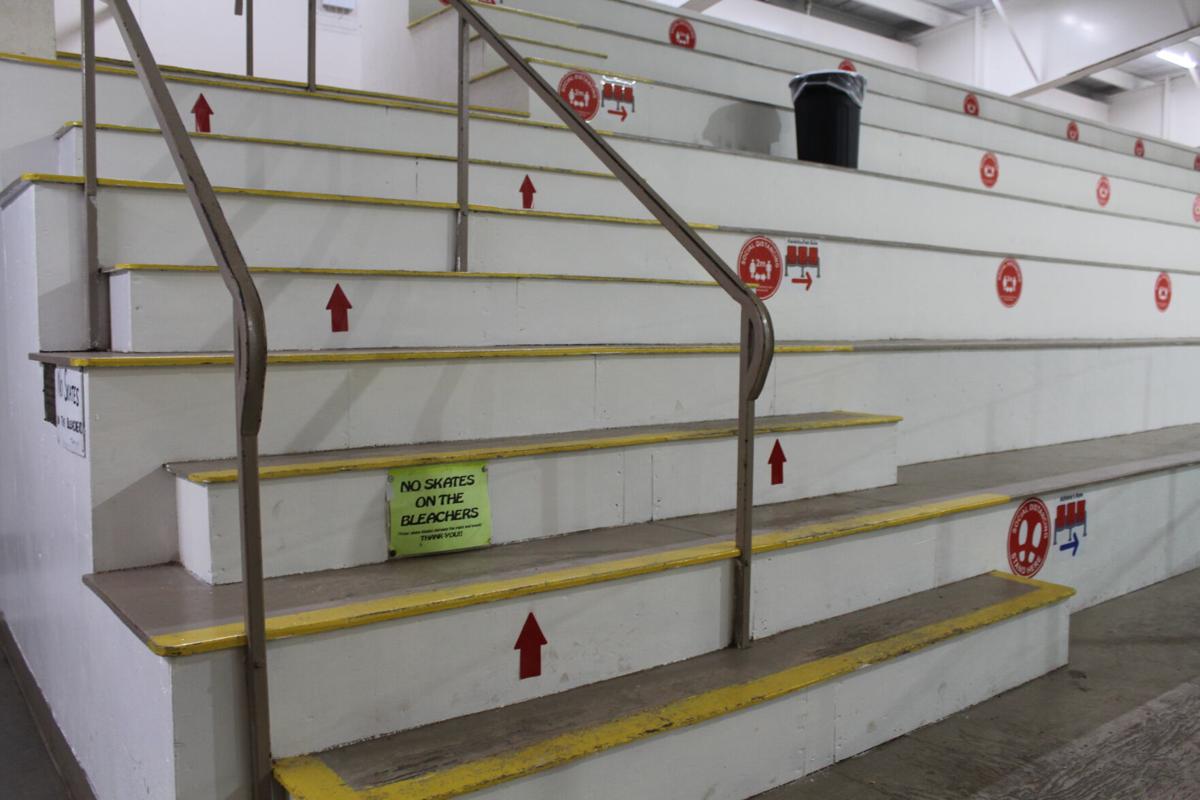 The O’Leary Community Sports Centre has stickers all over the place to let people know which way to go and where to sit. The arena has been granted four cohorts of 50, meaning up to 200 people can be in the building. The cohorts are divided into the athletes on the ice, the athletes wanting in the dressing rooms to go on the ice and two cohorts for spectators. Melissa Heald photo

To make sure everyone is on the same page before opening for the season, the rink manager at the O’Leary Community Sports Centre hosted a virtual walk-thru of the facility on Oct. 14 and went over COVID-19 protocols at the arena.

With the Sports Centre set to open on Friday, Jeff Ellsworth, along with rink board President Wade Sweet, did the walk through first from an athletes’ perspective and then from a parent/fan perspective.

“We what to make sure the kids are safe, obviously, and be able to utilize the ice, so we have to follow all the guidelines that were set out in our operational plan,” said Mr Ellsworth.

Also talked about during the walk-thru were canteen operations, the menu, washroom use, entrance, exit and the different cohorts in the facility.

“We are only allowed certain amount of cohorts in our facility, but you can only be in certain spots, so whenever you come in the lobby, normally in the past, you would be able to linger around the lobby to talk to people, you can’t do that now,” said Mr Ellsworth. “You got to go up to your seat and there’s social distancing up in the stands.”

As the Sports Centre was getting ready for the season, they had three cohorts of 50, meaning they could have up to 150 people in the building at a time. One cohort is for the athletes on the ice, another is for athletes waiting in the dressing rooms to go the ice and the other is for the spectators in the stands.

Having only three cohorts did mean not everyone would be able to watch the athletes while they practiced.

“Right now, we’re allowing one parent per kid in a cohort of 50,” Mr Ellsworth explained on Wednesday. “That’s only going to include mom or dad, so that’s going to exclude the grandparents, which is really bad and I feel really bad for them, but right now we have to follow the guidelines that are set out.”

Fortunately, Mr Ellsworth received news that the facility was granted an additional cohort for spectators, meaning 100 people, spread out over two cohorts, could potentially attend practices or games.

“I put in for a fourth to see if that was a possibility because we do have a lot of bleachers here,” said Mr Ellsworth.

Using the canteen will also be scheduled. The four cohorts will all have their own canteen times and only four people are allowed in the canteen at once.

“They can’t all go to the canteens because you can’t intermix the cohorts,” said Mr Ellsworth. “They are going to be given specific times to when they are allowed to use the canteen.”

The menu at the canteen will be kept simple too. Just fries and gravy for hot food, along with items like chips, pop and water for sale. Once someone has their food, they have to immediately go back to their seats.

At the conclusion of the ice time, both athletes and spectators have a certain amount of time to leave the facility. For athletes it’s 15 minutes while spectators must vacate the building in 10 minutes.

Mr Ellsworth said it has been a bit of a challenge to get the rink ready for the season this year with all the extra health measures. However, he added the province has been really great in helping arenas get ready by providing extra funding.

“We have stickers all over the place that is going to make life easier for people to know which way to go and where to sit,” he said. “We’ve got COVID-19 signs, no loitering signs, so we’re very well decorated.”