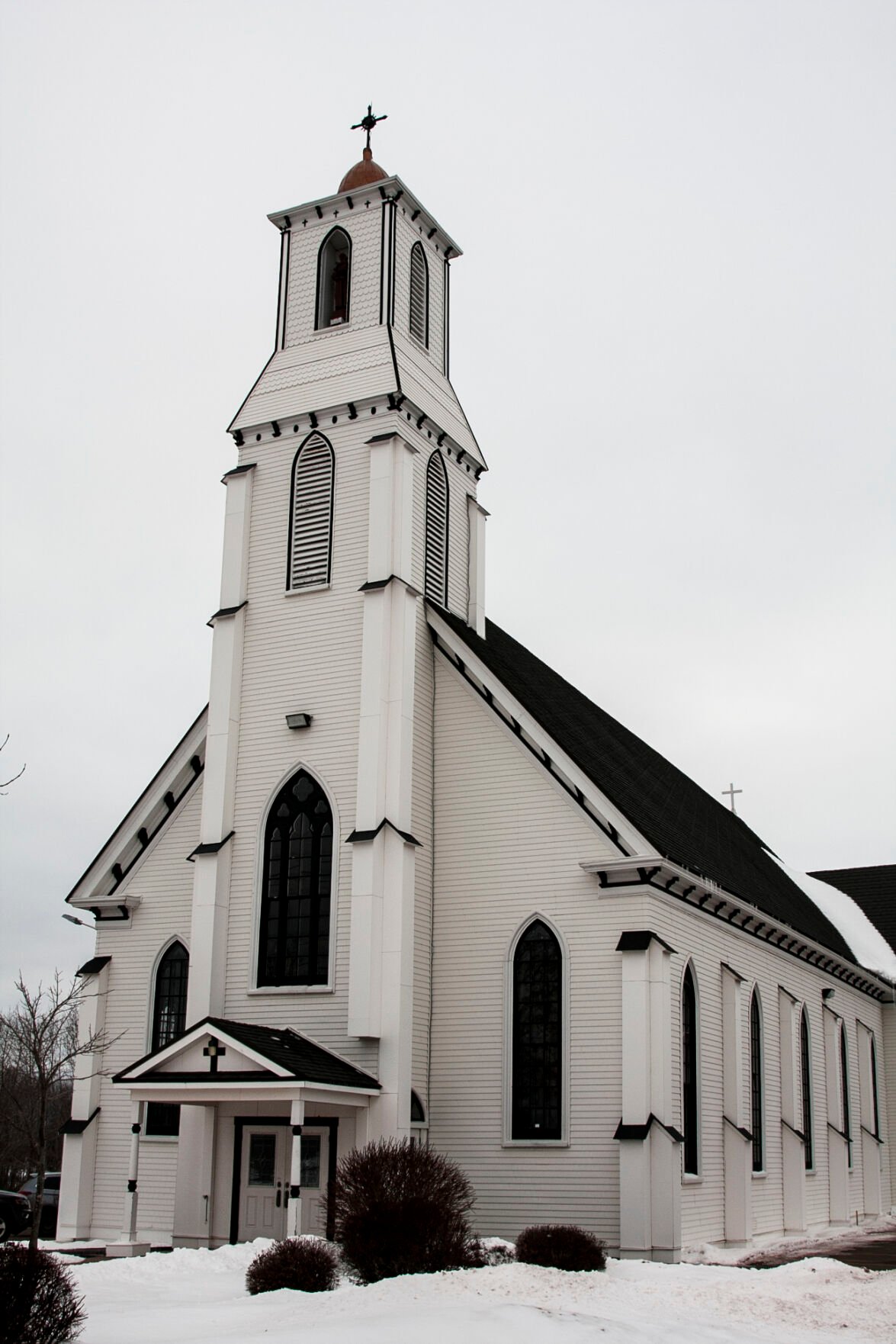 St Anthony’s Parish Church in Bloomfield has gone under several restoration projects between 2013 - 2017. The parish has recently paid off the final loan from the last project done at the church. Submitted photo 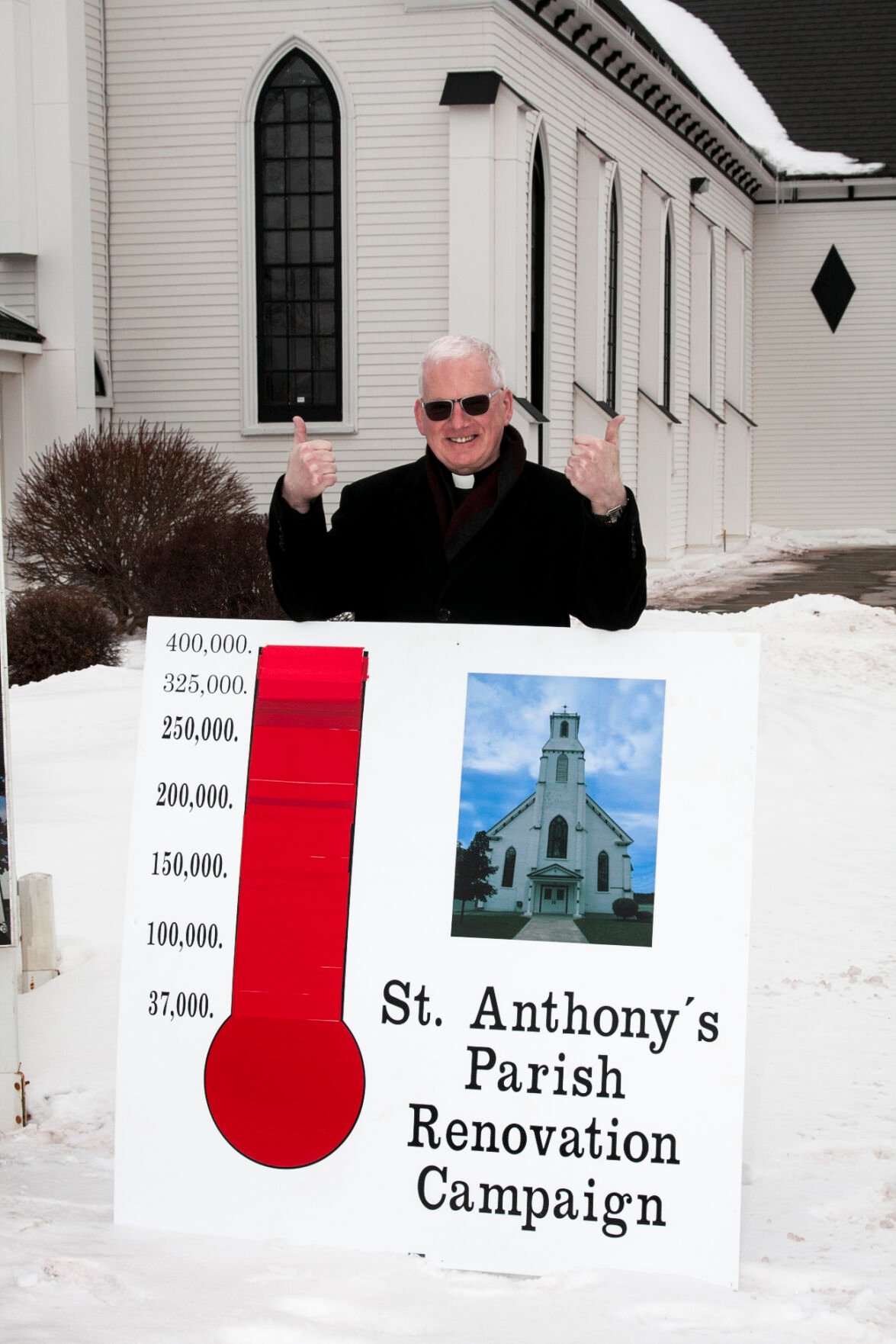 The former pastor of St Anthony’s Parish Church in Bloomfield, Father Danny Wilson, helped parishioners to celebrate paying off the final loan for the church’s last restoration project during a Mass of Thanksgiving on Feb. 1. Submitted photo

The parishioners of St Anthony’s Church in Bloomfield have been celebrating paying off the final loan from the church’s last restoration project.

To mark the occasion, a Mass of Thanksgiving was held on Feb. 1 with Father Danny Wilson and Father Kishore Gundabathini. Father Wilson was the pastor at the parish when the fundraising events took place while Father Gundabathini is the current pastor of the parish.

Starting back in 2013, the roof of the church was replaced, and four new crosses were erected. The project cost amounted about $100,000, and by the time the project was complete, the parish had raised all the funds to pay for it.

In 2014-2015, the hall basement was renovated to make room for catechetics classes, the Knights of Columbus meeting room, a general-purpose area, and washrooms. Heat pumps were also installed in the basement and the main floor. Also, during this time, the railing was built and installed on the upper balcony/choir loft in the church, in order to meet insurance regulations.

In the summer of 2015, painting of the outside of the church was being planned, but then the furnace in the church quit, and needed replacement. Insurance replaced the furnace.

In February of 2016, it was decided that instead of painting, a new siding (made to look like old shingles) was the best option for the church, as painting it would cost between $30,000-$40,000 and would have to be done every 10 years.

Tenders for the project went out in April of 2016 and the Bishop approved the parish to spend only $75,000. Therefore, only one side of the church was completed that year.

Once again, the parish raised the money and paid for the siding and the next year started again.

This second phase would prove to be more difficult though, as substantial rot was discovered in some walls, the vestry walls, and the bell tower, so it all had to be fixed before the siding could go on. The large stained-glass window at the front of the church was also in bad need of repair if the parish wanted to save it.

The attic and basement were insulated, the vestry was renovated, and a new bathroom was installed. In the end, it was a good thing the parish decided to do the siding instead of painting, as the rot may not have been discovered, and the structure of the building would have become compromised.

Work was finally competed in July 2017, just in time to celebrate at the parish’s annual picnic.

A lot of hard work was made to see this day, many parishioners, their families, and friends, devoting hours of organizing events, making phone calls, selling tickets, cooking, baking, buying tickets, attending events and much more. The support the church has received from outside of the parish has been tremendous and they can’t thank the local businesses, and the public in general, for their support.

The parish also received many donations in memory of loved ones and would like to thank the families for choosing St. Anthony’s as a benefactor of these donations.

The parish feels very blessed to have had Father Danny Wilson lead the charge on all these renovation projects. And on behalf of the parish, they also would like to send a special thank you and congratulations to the St. Anthony’s Fundraising Committee on an excellent job.